How To Report Spam Texts 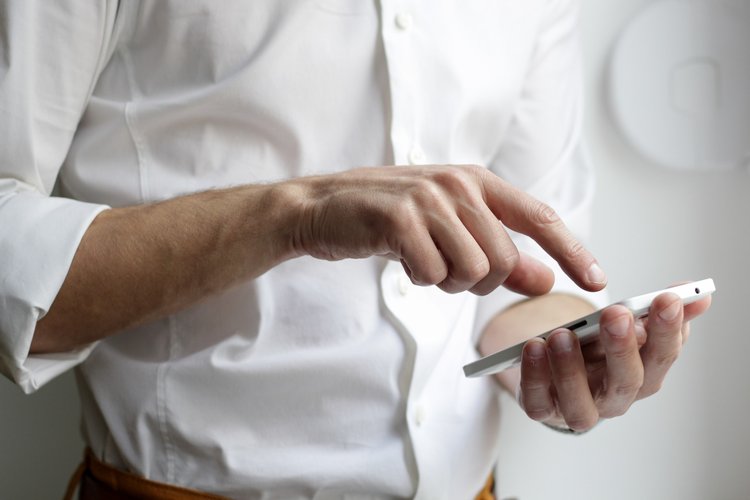 Texting is one of the best and easiest ways to talk with others, and it allows for seamless communication across the country. However, there’s nothing worse than getting a cell phone notification only to find that it’s a spam message from a random number.

Spam texts aren’t just frustrating; they can also be dangerous. In fact, nearly 59.4 million Americans have lost money due to phone scams during 2020. What’s worse? The total loss averages around $502 per person.

You don’t want to fall victim to the same fate. Here’s how you can report spam messages easily and effectively.

The Do Not Call Registry

If you’re like many Americans who are tired of telemarketers crowding your voicemail inbox, you might have considered joining the National Do Not Call Registry. This federal government database lists telephone numbers of people who wish not to be contacted by telemarketers.

With that said, the Federal Trade Commission (FTC) cannot actually block unwanted calls or filter unknown senders. This is just a list that lets telemarketers know certain families have requested not to be contacted. So while it’s a useful tool, you may still get spam messages and calls regardless.

Consumers in the U.S. received nearly 4 billion robocalls, or robotic calls, in 2020 alone. To cut back on spam and defend Americans from identity theft or other losses from scam calls, the Federal Communications Commission (FCC) took action.

Now, the FCC has ruled that while most robocalls are entirely legal, a caller must give written consent before a telemarketing call can be made to a home or wireless phone number. It also requires that callers give written or verbal consent before making a pre-recorded call or text to your number.

Report Spam Texts To The Carriers

The good news about receiving spam texts instead of spam calls is that reporting them is actually a little easier. Most cell phone carriers like T-Mobile, Verizon, AT&T, and Sprint participate in a service that allows you to forward unwanted texts to SPAM (7726).

Carriers will then use this information to try to block future scammers who may be using the same number. The simple action not only protects you but also protects others.

The FTC has a tool that easily allows you to report suspicious texts or fraudulent calls. Just go to reportfraud.ftc.gov to fill out a quick survey that notifies the FTC of suspicious and potentially dangerous spam calls and texts. This can help them trace fake phone numbers.

In most cases, you can try to block spam messages within the same app you use for your messaging. For instance, if you use iMessage, you can block numbers by clicking the contact icon at the top of the screen. Scroll down and tap “Block this Caller,” and you’ll no longer receive any communication from them.

On Android, you’ll open the messages app and touch and hold the conversation you want to report. Then, you’ll tap Block, Report Spam, and OK.

If you get an email or text on google that you’d like to report, go to the message in Gmail. Next to “Reply”, click “More.” Then, just click “Report Phishing” to notify google of the problem.

Finally, if you’re using Windows or Microsoft, you can report spam by selecting the suspicious message in Outlook. On the ribbon, choose “Report Message” and then select “Phishing.” This reports the activity to Microsoft and also blocks the sender from contacting you in the future.

How Our App Helps

Scam callers can gain a lot of information from you from just your phone number alone. While you can get a burner phone to try to protect your privacy, these are expensive and make it inconvenient to carry around two phones.

Burner can help solve this issue by providing a second burner number that re-routes calls and texts to your main number. So you won’t miss any important calls or texts, but scammers won’t be able to identify your actual phone number.

You can create as many simultaneous local numbers as you want and burn your numbers whenever you’d like. It’s an essential barrier between you and annoying spam calls or texts.

Spam calls and texts are more than just annoyances: they can put your privacy and safety at risk. You can report spam texts to the FTC directly, or you can report them through your phone carrier. Not to mention, you can take preventative measures like putting yourself on the Do Not Call registry.

No matter what you do, spam might leak through. Protect your privacy, your personal, and business phone number with Burner.

Only give your personal number to people you trust. For everyone else, there’s Burner. Click here to create your number and feel what it’s like to have full privacy.

Americans lost $29.8 billion to phone scams over the past year | CNBC