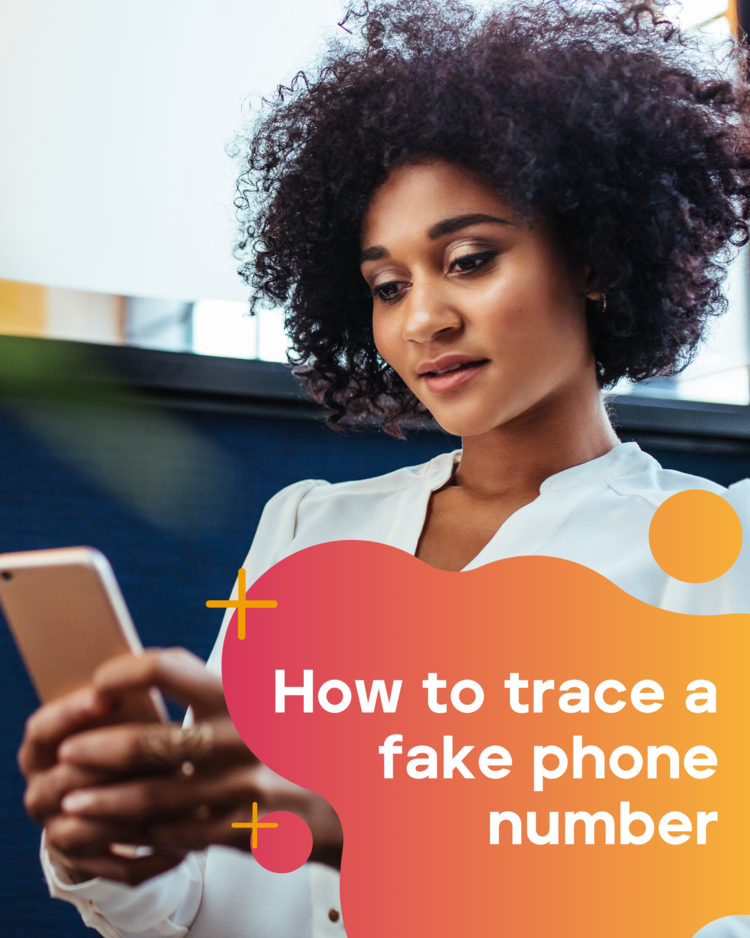 Giving out fake phone numbers to strangers you meet out in public (you know, back when we could do that kind of thing) has become so common that one man came up with a helpful hack to help you see if someone’s giving you a fake number or not. The secret? Read it back to the person to see if they correct you and give you the same number again.

While that’s great and all, what about if you’re on the giving end of that social transaction? You know, you’re just a regular human looking to protect their privacy and not have some random creep triple text you after just one date or encounter. Can they even trace a fake number, and if so, how? As a phone app designed for privacy, we’ve got some answers for you.

How to trace a regular number

Tracing a regular number is pretty straightforward. Usually, the caller ID will come up with the number (and it will for a Burner phone, too), and you can Google the number to see who called you. Reverse phone directories are pretty robust and if it’s someone’s real number, chances are you’ll absolutely be able to find some personal information about them online (it’s one of the reasons why we suggest using a Burner phone number).

If their number doesn’t show up on caller ID then you can try another method, but it might cost you a bit. Answer the phone call so that your phone logs it as a call for at least a couple of seconds. Then, after the call is over dial *57 and wait to receive a message with further instructions. Check with your cellphone carrier before this as this is a way to properly trace a call, so you might be charged depending on your plan.

How do you know if a number is fake?

If it’s a good fake phone number app, you won’t know that it’s fake! The answer to this question goes a bit deeper than that, though. If you’re out and about and someone gives you a fake phone number, it’s usually somewhat easy to tell. Check the area code to see if you recognize it, or look through a list of the most common fake phone numbers given out to strangers. 605-475-696 is the rejection hotline, for example, and if you try to call it, it’ll politely let you know that you’ve been rejected.

Unfortunately, if the person has a good Burner phone app or is using any sort of Voice-Over-IP (VOIP) phone system, it’s going to be pretty hard otherwise to trace a phone number. Why are you trying to trace it anyway, ya snoop? Kidding. These situations can turn tricky fast, and we totally get it. If someone is harassing you via a fake phone number, contact local authorities or report the number as spam and then block it. If they’re texting you instead of calling you, forward the message to 7726 (in the US) and follow the instructions.

Can a Burner number be traced?

That’s a great question! And the answer is no. That’s the whole point of a Burner phone; it’s supposed to be completely untraceable. How does it work here at Burner? First, you choose the phone number you want to use, including the area code (US or Canadian) that suits you. This means that even the area code doesn’t have to be the same one you use, or even close to it, for your regular phone number.

Then, whenever you place a call, it’ll show up on someone else’s phone and phone bill as a call from your Burner number, nothing else. Your name isn’t attached to the number aside from on your own end in your account area. Publicly, your name and real phone number aren’t attached to your fake Burner phone number.

Need an example? Let’s say you call someone using your iPhone, which is linked via your Seatlle-based number and SIM card. If you’re calling through the Burner app, on someone else’s phone bill, all it will show is your Burner phone number, which could be from anywhere in the United States or Canada. The same applies to incoming calls; your phone bill will show that you’ve received a call from your own Burner number.

In the instance that someone finds out you’re using a fake phone number (i.e. you let it slip to a friend who tells another friend and, well…), just burn the number.

We get that you might have concerns when it comes to tracing a fake phone number and protecting your privacy. It’s why we’re offering a free 7-day trial of a Burner phone number. Choose your number and then play around with the functions and features to see just how safe it is.