How to use a fake phone number generator 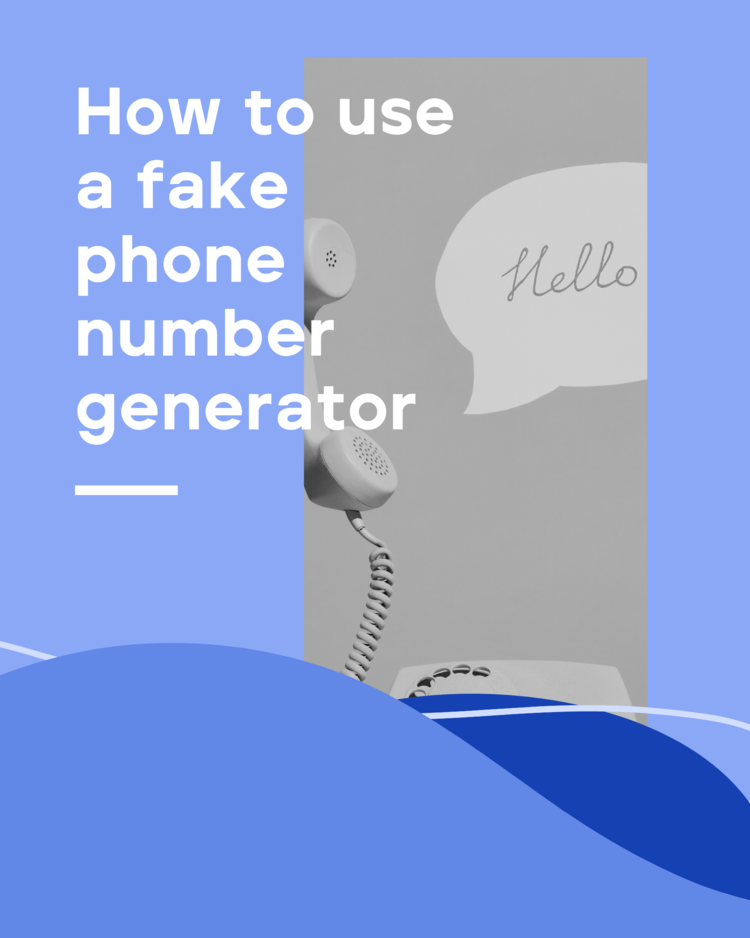 At Burner, we’re in the business of protecting your identity and privacy. We won’t ask what you need a fake phone number generator for (undercover spy calls, hopefully).

Instead of focusing on how cool it is that you’re an international spy (wink wink), we simply focus on creating the types of tools that allow you to communicate effectively while also protecting your identity. Seeing as 1 in 10 people are a victim of identity theft nowadays, privacy is pretty important.

But, enough about stats and figures, you need a phone number, right? Here’s how to use a fake phone number generator to conceal your identity and stay safe online.

What do you need the fake number for?

Again, we’re not in the business of getting into your business. It’s important to determine what you need a fake phone number generator for in the first place. Is it to use in a movie script, as part of a project, or to use in order to prank call a friend or text a Bumble match?

The reason is important as it will help us figure out whether you’re going to need a one-off fake number or a more permanent second number to continue using long-term.

Other reasons why you might want to use a fake phone number include:

Can you choose your fake number?

Uh, yes! That’s the beauty of a fake phone number generator. Whether you’re using it for work or play, you get to choose your number. How?

With Burner, it’s easy. You’ll head over to the Create Your Number page. From there, you’ll be able to enter the area code you’re interested in. Choose wisely; area codes are an important indicator of status. And if you’re using the number to conceal your identity for specific reasons, using the wrong area code can be a dead giveaway that the number is “fake.”

Once you enter the area code, you’ll see a list of available numbers to choose from. See the one you want? Great! Click on it and then select a subscription type (monthly or yearly). Your subscription will renew monthly, and you can change your number once each billing cycle.

If you only need a fake phone number generator to generate a fake number once, we suggest checking our Prepaid Burners.

Is the number really fake?

At Burner, any number you generate is a real, fully-functioning phone number. It shows up on the receiver’s caller ID and phone records, and you can use it to make calls, send texts, and so much more.

When we talk about fake phone number generators, we’re really talking about giving you the ability to create a second phone number. There’s nothing fake about our numbers.

If you’re going to use the number long-term, the number comes with great features that allow you to make the number look and feel even more professional. Color-code your inboxes, create a custom voicemail greeting and connect your number to Google Sheets.

Create a number with Burner

We think of ourselves as much more than a fake phone number generator. We’re an app that allows you to protect your privacy, increase your productivity, and take control of your life by using a safe second phone number.

Whatever you need a second number for, we’re here. Create your second phone number and see just how easy it is.