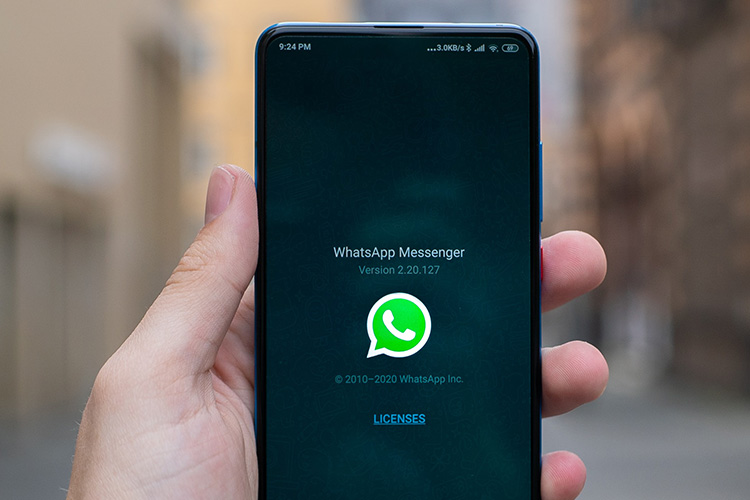 Back in the summer of 2019, privacy experts were warning about WhatsApp malware threats and a lack of proper encryption. Fast forward to the beginning of 2021, and the entire world has now, finally, caught onto the safety issues that the messaging app has. However, this doesn’t seem to have scared many people away from the app, with WhatsApp reporting 1.5 billion active users by the end of January.

While the app does offer security, it’s important to understand that security isn’t the same as data privacy. Data privacy is about protecting your identity regardless of who has access to the data. So, WhatsApp sharing your data with Facebook? Nah, not that private at all.

We’ll go into the details of all of the data that WhatsApp collects and (depending on your activity) shares. But, if you’re looking to move off the messaging app and onto one that’s a bit safer, we’ve got a few good recommendations for you (hint: Burner is one of them!).

WhatsApp is somewhat safe, we suppose, depending on what your idea of “safe” is. It’s only fair to mention that WhatsApp does now offer end-to-end encryption. While this end-to-end encryption works great for general safety, and you’re able to customize your privacy settings to choose who can see your photos, status, and other information, that’s about all the app does to help protect your data.

WHAT DATA DOES WHATSAPP COLLECT?

Speaking of data and app safety, it’s probably helpful and illuminating to take a look at all of the data that WhatsApp collects on you. We’ve gone over this in our blog comparing WhatsApp vs. Signal vs. Telegram, but here it is again...

Not into sharing all of that info? We don’t blame you. Now, let’s dive into some of the best alternatives to WhatsApp that actually guarantee your privacy and data security.

Signal is one of the best alternatives to WhatsApp. In fact, it’s so safe that even Edward Snowden has recommended it.

The end-to-end encryption is what pushes this app towards the top of the list, but it’s surprisingly nothing that new. It’s called Open Whispers Systems and ensures that messages are already encrypted when they leave your phone and are only decrypted when they get to the other person’s phone.

This application is completely free, has strong encryption, and is available for multiple platforms. What’s not to love? Aside from the security features, Signal is also user-friendly and features a clean interface. You decide when messages “self-destruct” (which WhatsApp doesn’t have), and you don’t have to provide anything but your phone number when registering to use it.

As for the data that Signal collects on you? None. Zero. It only stores your phone number. How’s that for a safe messaging app?

Telegram vs. Signal: Which is safer?

Telegram differs from other messaging applications by creating a social network-style environment, not a mere platform where you can chat. It’s free, just like Signal and WhatsApp, and it’s partially open-source. While it’s a popular platform for large groups, your messages (both in private and group messages) aren’t encrypted by default. You having to activate them in the settings is a bit of a hassle, but it’s at least offered.

Like Signal, Telegram does also offer self-destructing messages that delete after some time. You’re also able to have secret chats. This means that you’re able to activate a feature that offers protection against screenshots and photo saving that might infringe on your privacy.

Wire is another popular encrypted messaging app based in Switzerland that’s since moved to the United States, protected by European data retention laws. It allows you to send voice, text, and video messages, in addition to sharing files and all the other functionalities that you’re used to with WhatsApp.

However, the move to the US is something that privacy specialists, including Edward Snowden, have raised objections to. The company’s move changed the financial structure slightly and wasn’t appropriately announced, causing some concerns from users. However, a recent TechCrunch article quoted a spokesperson in saying that “We are in Switzerland, which has the best privacy laws in the world, and Wire now belongs to a new group holding, but there is no change in control.”

Wire uses its own encryption protocol called Proteus, and it’s open-source; however, the protocol is based on Signal, the protocol used by both Signal and WhatsApp. Aside from that, the application is free and available on both phones and computers, plus added features and pricing for companies to use if they’d like.

Using Burner as an Alternative to WhatsApp

Burner is a safe, private messaging app, too! You knew we couldn’t finish this article without mentioning it as a safe alternative to other messaging apps. However, Burner’s safety features include other aspects of privacy that Signal, Telegram, and even Wire don’t offer.

While Burner doesn’t offer end-to-end encryption, it does offer you the ability to take more control of your privacy organically. This includes the ability to set a PIN lock on the Burner app itself, hiding your phone number, and burning the number when you no longer need it (or need to delete evidence of messages, calls, etc.).

To top it all off, there’s no formal registration. You just sign up with your phone number and choose the number that you want. It’s a safe and easy way to communicate while hiding your identity (for whatever reason, be that for work or personal reasons).

Depending on what you’re looking for in terms of your specific privacy concerns, consider giving Burner a try. Get your free phone number here.