iPhone Vs. Android: Which Phone Is Better? 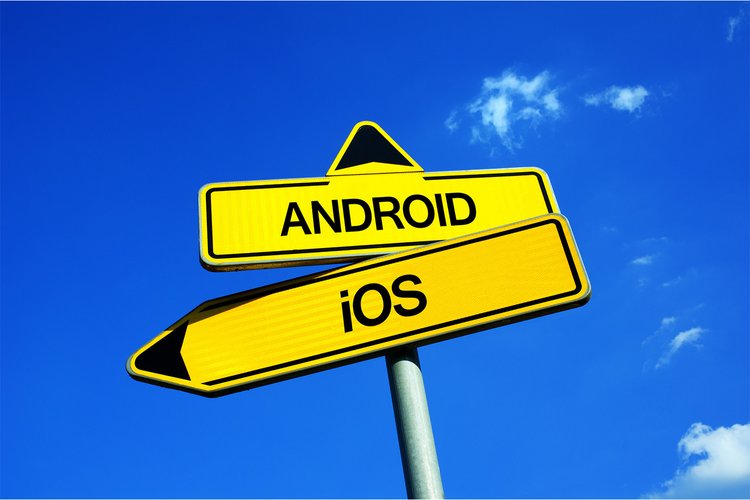 Throughout history, there have been quite a few famously brutal corporate rivalries. Coca-Cola versus Pepsi, Ford versus Chevrolet, and McDonald’s versus Burger King are some of the more popular battles.

In the modern age of technology, the newest and hottest rivalry is centered around cell phones: iPhone versus Android.

Owners of each phone can list off at least a dozen reasons why their phone is the superior option, but which one is better for you? Either phone will come pre-loaded with incredible features as well as the opportunity to install apps that will improve your overall experience.

Let's clarify what we mean by Android mobiles: We mean all Android devices. This includes:

However, there are quite a few key differences between the two phones that might make your decision easier.

Why iPhones Are Better

June 29, 2007, marked a historic day in the world of technology as the first iPhone was released on the market. The four GB base model was sold for an unprecedented $499 and required a two-year contract to use.

Despite the incredible price, thousands of people waited in lines for days leading up to the launch, and stores quickly sold out. The iPhone is not just a wildly more popular phone; it’s an overall better product for the following reasons:

Even though they perform a lot of the same functions, the iPhone has a much different operating system than Androids. Trying to develop an app will typically mean that the developer will have to design it specifically for one specific version first.

If the app is successful, then they will build the app to operate on the other system. However, it doesn’t seem to matter which operating system that the app is built for originally because they end up running much better on iPhones.

This might be the reason why iPhones have much better exclusive apps too. There are a few apps that are exclusive for Android as well, but none of them are anywhere near as good as iPhone exclusives.

Not only does the iPhone have this advantage over Android, but it’s also honestly not even close. The current operating system for the iPhone is “iOS 14”. The brand new iPhone 11 will operate on this system, but why this matters is how far back the update will reach.

The iPhone 6S was released in 2015, and it will also receive this software update even though the phone is more than six years old.

For Android users, their latest software update is known as “Android 11”  will probably take a few months before it’s installed on the newest phone and will never reach older phones. Unless you stay relatively current with Android phones, you will most likely be using old and outdated software.

Apple is way more lenient and will continue updating phones from several years ago, so there is less of a necessity to upgrade your phone.

The collection and selling of personal data have become an international issue, with plenty of legislation being created in order to curb the practice. Most third-party apps will request that you enable certain permissions that will allow them to track the activities performed on your phone.

Since you are granting the app permission to do so, it’s not considered illegal, even if it might be immoral. Apple has recently introduced a feature that will allow you to opt-out of these apps and receive notifications when an app is tracking you.

Android doesn’t have this feature, and it remains to be seen whether or not they will develop their own version. If you are concerned about keeping your private data secure, then the iPhone has an extra edge with this feature.

When it comes to accessory options, it’s almost impossible to beat the selection provided by Apple. Any tech store will have tons of available products, including cases, charger options, screen protectors, car mounts, camera lenses, and too many more to mention.

Android will naturally provide some version of these accessories, but they are much more difficult to find and often don’t come with the flare and style of Apple accessories. Most people will have their phones with them at all times in their life unless they are in the shower or a swimming pool, and some people might still be using them.

Being able to accessorize your phone might seem relatively trivial, but in a rivalry as hot as this, it can make all the difference for some users.

Why Androids Are Better

While the first model lacked a few features when compared directly to the iPhone, its lower cost helped Android to enter into the market and immediately become a major player.

After more than ten years of development, Android is essentially the only real competition or threat to the iPhone. Here are some of the reasons why it’s a superior product:

A large majority of smartphones run Android, and so lots of companies build Android handsets. As a result, you can find an Android for much cheaper than you can find an iPhone. That’s not to say that Androids are cheap; it’s just that there are way many more options.

You could still buy an Android exceeding $1,000 if you wanted to, but you will be able to save much more money using Android instead of iPhone.

Both phones will allow a certain level of customization, but Android will give you way more freedom. Unlike iPhone users, Android allows you to use widgets to customize your home screen, replace core services with third-party apps, and even make adjustments to the software.

The iPhone is starting to allow for more customization, but it’s still very far behind what Android permits.

Every phone will need a charger sooner or later. With an iPhone, you will have to use a very specific charger that sometimes isn’t even included with your phone when you buy it. Android users will have a much easier time finding a potential charging cable because they typically use the USB-C cable.

This universal cable is used on most devices these days and is often much cheaper to replace than a standard iPhone charger that only works on your phone.

Apple is very capable of creating some incredible innovations for the iPhone, but they are just one company. Since Android has so many companies building their phones, it’s much easier for them to come up with new and innovative features. For example, wireless charging, water-resistance, and multi-lens cameras were first featured on Androids.

Additionally, copy and paste, multi-window options, 4G LTE, and 5G were available on Androids well before iPhones. While not every feature will become popular or continue into the next generations, Androids remain the leader for innovation.

At this point, you should have some idea of which phone is better for you. Whatever choice you make will have incredible voice assistant features, battery life, user interfaces, and other features that should serve you very well in your daily life. There really is no wrong choice, and your selection will come down to personal preference.

Once you’ve made your decision, don’t forget to look into security apps for your phone. Both options have built-in security, but none of their programs will match the security features of an app like Firewall or Burner.

The evolution of Apple's iPhone | computerworld.com

iOS Apps Are Still Better Than Android In 2021 — And That's A Problem | screenrant.com