History of the Phone Number: A Timeline 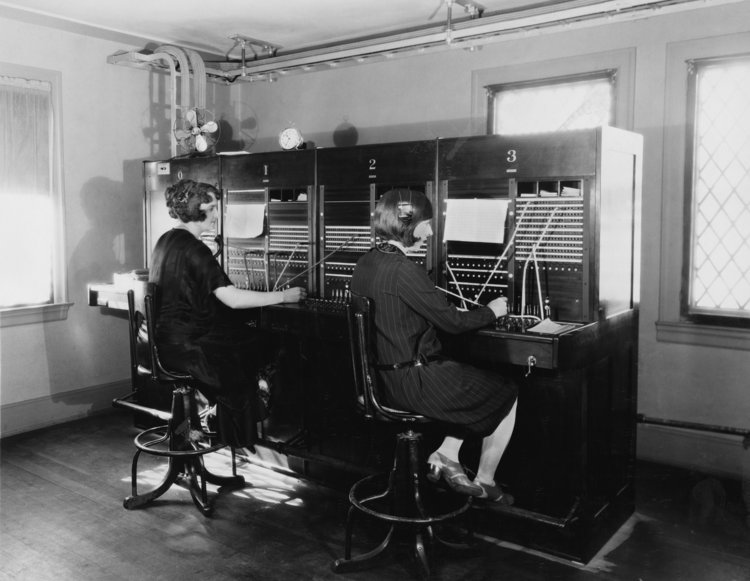 If you told Alexander Graham Bell that one day we would all carry the technology he used to make the first phone call in our pockets, and that we could reach anyone in the world in seconds, he’d be as happy as a kid in a candy shop. But he probably wouldn’t recognize the devices we carry in our pockets as phones in the first place.

The telephone has gone through many iterations and changes since that day in 1876 when Bell made the first phone call to his assistant in the other room. And for that call, since there were only two phones in existence at the time, he didn’t even have to dial a phone number.

Once the technology was established, telephone companies were started, phone numbers were invented, area codes were designated, switchboard operators were hired, and people connected to emergency services by dialing 911. Not to mention the mobile phone and its more intelligent grandchild, the smartphone.

Through it all, one thing hasn’t changed much: the phone number.

In fact, the most recent innovation on the phone number took place more than 25 years ago, in 1992. Neil Papworth, a 22-year old developer and test engineer for Vodafone UK, texted Richard Jarvis: “Merry Christmas.” The text was sent from a computer, but received by Jarvis, a Vodafone executive, at the company holiday party on an Orbitel 901.

Since then, the phone number has remained static. Why has all this innovation stopped? In our opinion, there’s still work to be done. But let’s back up a little bit and look at how we ended up with the phone number we use today.

Known as the 2L-5N, or “two letter and 5 number” system, phone numbers were assigned to residents based on location. The two letters signified the closest telephone exchange, and the five numbers were the assigned phone number. There are two famous examples you might be familiar with:

This phone number, immortalized in a Glen Miller song, will, to this day, connect you to the front desk of The Hotel Pennsylvania in New York. All you have to do is add on the modern area code.

Let’s break it down: The Pennsylvania Hotel was located nearest the Pennsylvania telephone exchange, or PE, named for Penn Station in New York City. So, to reach the hotel in the 1930s, people would dial PE6-5000 or 736-5000, swapping in numbers for letters. Tack on the modern 212 area code and you’ve got a modern, 10-digit phone number. Not so different from what it was in the 1930s.

If you tune in to a rerun of the classic comedy, I Love Lucy, you might hear one of the characters recite their phone number as: Murray Hill 5-9975. This might stump modern ears at first, but it’s quite simple.

Murray Hill is the nearest telephone exchange, so swap MU5-9975. Flip to all numbers, 685-9975, and you’ve got a phone number, minus the area code. Strange how so little has changed in 70 years.

The alphanumeric system was retired in the 1950s for a very simple reason: telephone operators often misheard similar sounding letters and connected callers to the wrong numbers.

As the world became more connected and the quantity of phone numbers soared, the need for new numbers began outpacing supply and a switch was required.

The first area code was rolled out in 1951 to New Jersey. The 201 area code was born. Because this was still the time of rotary dial phones, the areas with the biggest populations received the easiest to dial codes. New York received 212, Los Angeles got 213, and Chicago became 312. More rural areas received harder to dial, larger numbers. Such as Texas’ 915.

The standardization of an emergency phone number did not become a reality until the 1960s. Children of the ‘60s were taught to call “nine-eleven” when they were in trouble, but the number was soon rebranded to “nine-one-one” when people realized time might be wasted by callers searching for a number eleven on the dial pad.

In some places, you could reach your local fire station by simply dialing 3473 (which spells “FIRE”).

For children who grew up in the cell phone age, their phone number is akin to their identity or social security number. Many young people, will carry the same 10-digit phone number for their entire lives. That is, until we invent a better system. But until that day, phone numbers continue to act as a unique identifier, as long as they continue to be the best way to get in touch with somebody.

At Burner, we want to make it easier to control your phone number, and bring it into the 21st century by making it act more like software. We believe your phone number shouldn’t be static -- it should integrate seamlessly with all the other apps and products you use to communicate and be productive, from Slack to Evernote to Google Drive. Instead of being assigned a number when you go into the phone store, you can use Burner to choose your own number, and manage multiple numbers on a single device.

We believe that in the future, customer demand will drive further innovation within the telephony space. In 2017, we launched an API with OAuth support, which serves as a platform to let other developers and businesses facilitate transactional phone numbers at scale, as well as provide innovators with accessible telephony functionality the major carrier infrastructure cannot currently provide—at least, not in an affordable way conducive to further innovation.

One phone number per device isn’t the end of the line for phone number innovation. Our mission continues to be to improve personal privacy and make choosing a phone number easier and smarter in the future.

There’s some crazy trivia out there about these very personal numbers. Most of us were assigned a random number when we purchased our first cell phone, but that’s not the only way to get hold of a phone number.

There’s also a market for buying phone numbers. Just like vanity license plates, you can purchase vanity phone numbers — or simply a phone number with a desirable area code. Area codes have become a symbol of local status, which comes with respect in some areas. The rare, longtime New York area code of 212, Los Angeles’ 310, Miami’s 305, Austin’s 512, and San Francisco’s 415 can all sell for thousands, or even tens of thousands, of dollars.

According to The Washington Post, the most desired and expensive numbers end in -HURT or -PAIN, “since they're desired by personal injury attorneys.” Other popular endings include -HOME, -ROOF, and -CASH. The most expensive phone number ever sold was 666-6666, which sold for 10 million Qatari riyals in a charity auction.

Apple co-founder Steve Wozniak, a number-lover, got into the vanity phone number business, too. Legend states that he purchased 888-888-8888, but received so many prank calls that it didn’t last long.

Even though phone numbers haven’t changed much since they were invented, it doesn’t mean there isn’t improvement left to make. At Burner, we strive every day to make communication easier for our customers, with improved options to protect their privacy.

Interested in learning more about the history of the phone number? This infographic lays out all the dates for you. If you find it interesting, consider sharing it with your friends!

That’s your history lesson for today. What kind of innovation would you like to see for phone number technology? You can tweet your ideas to @burner on Twitter.