There is a cheaper easier alternative to Verizon prepaid phones 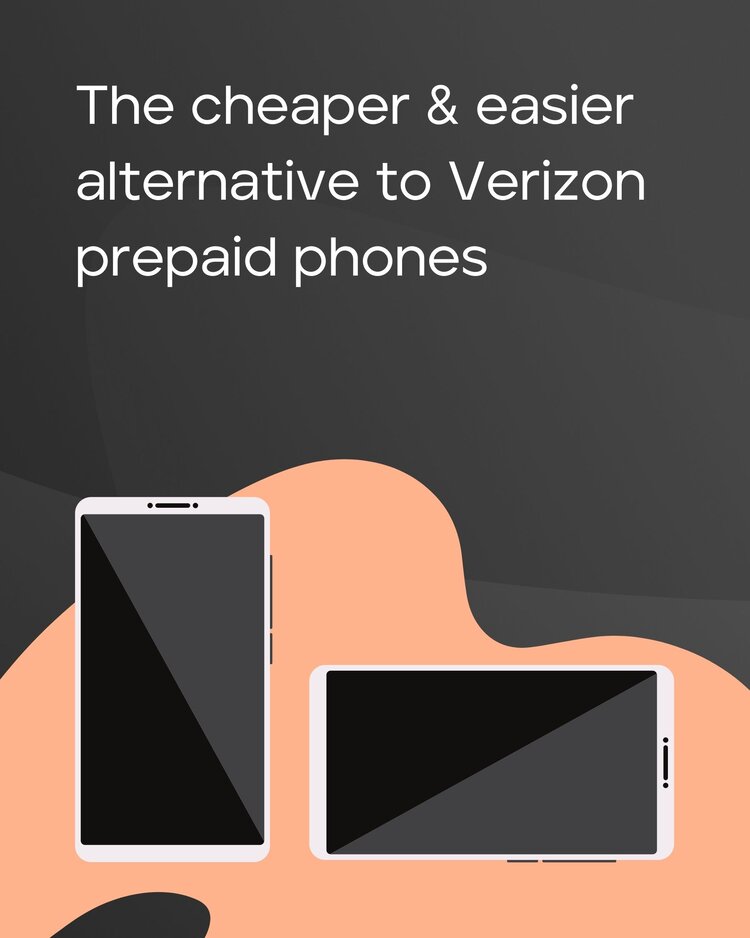 This year’s statistics showed that nearly 30% of respondents aged 18 to 29 use prepaid service for their cell phones. While Verizon prepaid phones and other prepaid cell plans might be convenient, there’s actually a cheaper option.

Burner phones are becoming increasingly popular as a way for people to use a temporary or permanent phone number with no obligation to a contract. Connect the number to your existing phone (so, yes, you’ll need a cellular device) and use it for as long as possible.

Not only does this provide you with a more flexible option in terms of numbers, but it ends up being cheaper than a Verizon prepaid phone plan and similar plans in the long-run.

A brief history of prepaid phones

When did prepaid phones become a “thing?” In the 1990s. Mobile phone operators and service companies wanted to extend their market reach. Previously, only those with good credit or a good financial standing could sign a contract for a mobile phone.

This excluded a large portion of the population, including minors under the age of 18, from accessing cell services. The solution was to offer prepaid mobile phones that came loaded with minutes ready to use.

Vodacom is credited with being the first network provider to offer prepaid mobile phones in 1996 and they were followed shortly by Vodafone UK in 1998. It was until later that prepaid phones started to become popular in the way that they are today.

As the nation’s largest cellphone carrier, Verizon prepaid phones are pretty popular. You can bring your phone in and purchase a prepaid SIM card with a set amount of minutes and data. Currently, the cheapest data plan, however, costs $40 a month.

Other carriers offer similar prepaid phone plans. Google Fi, AT&T, and T-Mobile are amongst the biggest names providing these sorts of plans. However, they average out at around $40-50 per month for talk, text, minutes, and data. If you start to hike up the data, prices go up exponentially.

Compare Verizon prepaid phones to our subscription Burner model. With Verizon, you’re paying $40 for a plan with data. With Burner, you can get:

While you’ll still need to connect to WiFi or data to use the Burner features, it comes out to much cheaper and easier than Verizon prepaid phones. That’s not even considering the prepaid Burner options. You can get a Mini Burner for as low as $1.99.

The convenience of a Burner phone

Verizon prepaid phones and similar phone plans are great because they allow you to forego the costly contracts and enjoy a no strings attached situation. This is the same for Burner phone numbers, but with added features.

With Burner, you’re able to enjoy add-on features such as Nomo Robo to block robocalls, connections to apps like Slack, Google, and Evernote, plus the ability to burn a number completely whenever you want to stop using it.

The best part? Your identity and privacy are protected every step of the way. You choose the number you want (including the area code that you want) and use it for work or play without the fear of anybody knowing that it’s not your real number.

They never know your name, your location, or any of your personal information (unless you want them to, that is).

How to get a Burner phone number

Ditch Verizon prepaid phones and other similar prepaid phone plans. Burner is cheaper, easier, and allows you to seamlessly integrate every area of your life in ways that make it easy to remain private.

You create your number with any US or Canada area code. Then, we reroute calls coming to your Burner number and send them to your cell phone so your personal number stays private. It’s safe and easy. Create your second number today.