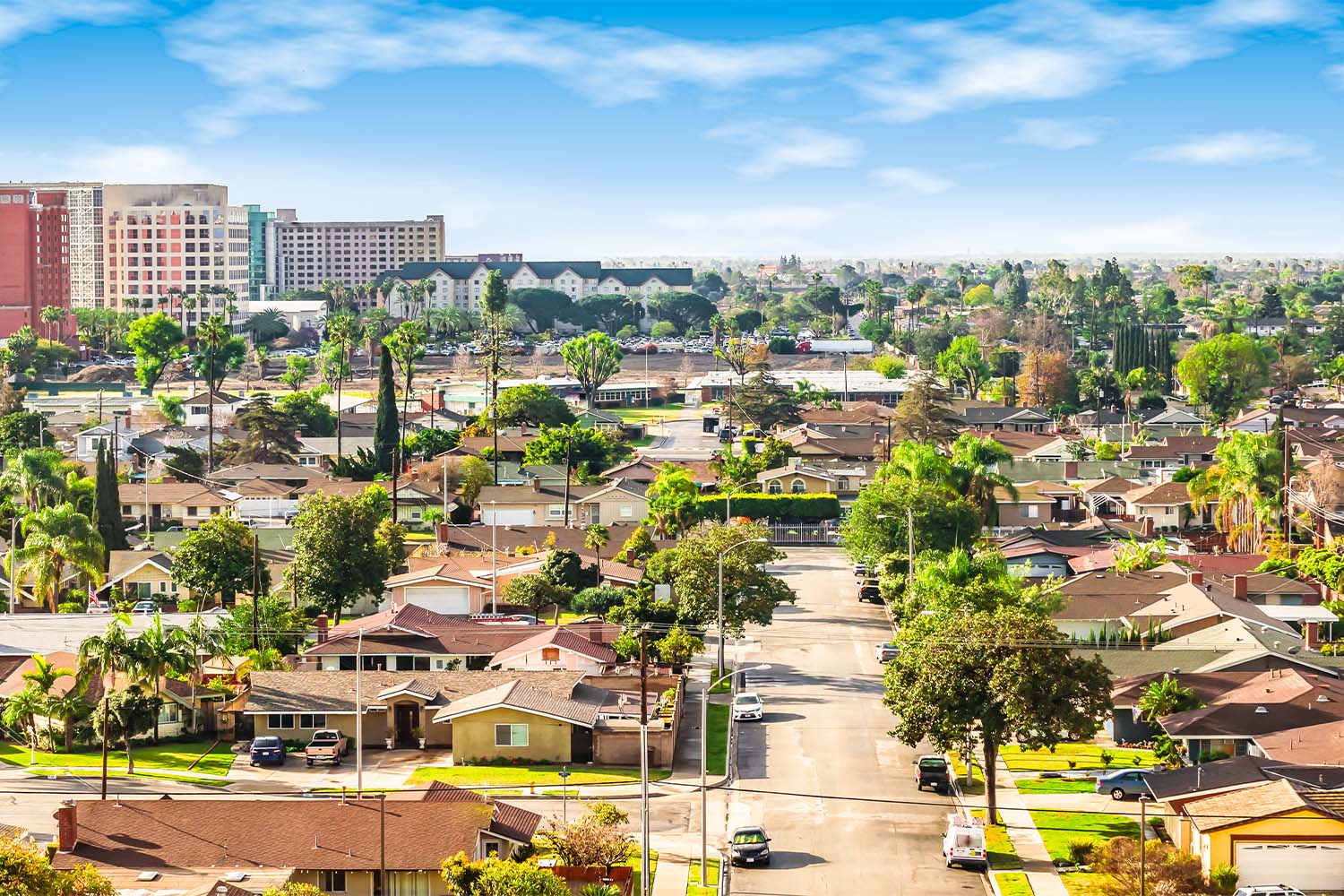 There are 34 cities located in Orange County that provide a unique blend of tourism, high-tech industry, outdoor sports, fashion, and theme parks. Seeing as how Orange County offers something for everyone, it’s easy to see why it’s one of California’s densest counties.

Orange County was officially founded on August 1, 1889, after a secession referendum was passed. The citizens of Los Angeles County overwhelmingly voted to form a new county in the territory south of Coyote Creek. The area would soon be home to more than three million residents and be considered one of the entertainment capitals of the world.

These are just a few of the unique attractions that can be found in Orange County:

Area code 714 is located in the western parts of southern California and directly beside Long Beach. There is only one county (Orange) that is serviced by the 714 area code. However, there are eight cities with populations exceeding 100,000 that use it. These cities include:

There are a few ways that you can get a phone number with a specific area code. None of these options are particularly difficult, but one of them is clearly better than the rest. Here is how you can get a 714 area code:

Using the Burner app is the quickest and most convenient option on this list. The first step when you sign up with Burner is to select an area code. The other seven digits will be randomly generated, and you’ll have access to a second phone number.

You have the option to create as many numbers as you need using the same area code or different ones. You can keep these numbers for as long as you want or simply “burn” them if they no longer serve any purpose.

Every year, there are millions of people across the country that move somewhere that uses a different area code. The major phone service providers are aware of this fact and offer up an easy way to change area codes. It should only take a few minutes to change the area code, but there are a few consequences.

The main issue is that your number is almost certainly going to change. It’s unlikely that your exact seven-digit number is free in the 714 area code. Even if you are lucky enough to have the same number, the area code will be different now. You’ll have to go through your contacts and inform everyone that needs to know about your new change.

Buy a Phone in Orange County

Area codes are assigned based on the location where the phone is sold. That’s why your phone has the area code that it does. Buying a phone in Orange County will mean that the phone number should be a 714 area code. While that may be a simple solution to the original problem, it will create a few more issues in the process.

The first problem is that now you have two phones to handle. That’s not just impractical — it’s expensive too. Your monthly phone service bill is likely to double, and that’s not even counting the cost of the phone. These expenses will be added to the money that you spend on traveling to Orange County.

That’s a lot of extra money and inconvenience just to get a 714 area code. Sometimes the most simple solution can actually wind up being the most complicated.

What Are the Benefits of Having a Burner Number?

It’s pretty easy to see that using Burner is the best overall method of getting a 714 area code. Permanently changing your phone number or buying another phone can definitely work, but neither of these options is very practical. If you’re still on the fence, here are a few unique benefits that are only possible when using Burner:

Having a second phone number will establish an extra barrier between your personal information and cybercriminals. You’ll still be able to use your personal number like normal, but your Burner number can help keep your information safe.

The way it works is that any incoming calls and texts made to your Burner number will be filtered and screened first. You’ll be given the option of transferring them to your personal number or not. Even if you accidentally answer a number from a spammer, they won’t have access to your real number. You can “burn” your second number and get a new one within a few minutes.

The extra layer of security works both ways too. You can use the Burner app to disguise your outgoing calls and texts. The person or business on the other end will only see your Burner number and be none the wiser.

Do Not Disturb Feature

Using the Burner app means that you’ll have access to the Do Not Disturb feature. Enabling this handy little feature can help you to create a firm distinction between your work life and home life.

Turning on Do Not Disturb will silence any notifications that you would normally receive from your second number. You could still use your phone like regular, but any calls or texts sent to your Burner number wouldn’t be transferred over. You’ll be able to enjoy nights, weekends, and vacations without having to turn off your phone.

When it’s time to get back to work, simply disable the feature. The voicemails and text notifications will be transferred through, and you can respond at your leisure.

You shouldn’t underestimate anything when it comes to your business. Even something that seems trivial can end up losing you a customer. The area code in your phone number is the perfect example.

Most people don’t like answering phone numbers that they are unfamiliar with.

A bizarre area code typically means a wrong number, a bill collector, or a scam. Even using an 800 area code for your business has drawbacks. The nationalized area code is much less personal and can feel cold to regular citizens. The best way to connect with locals in the 714 area is to use a 714 area code. It’s just that simple.

There are several different ways that you can get a 714 area code. However, none of them are as convenient or offer the benefits of Burner. By downloading the Burner app, you’ll be able to get a number with a 714 area code, protect your personal information, provide the Do Not Disturb feature, and offer familiarity with the locals.

Visit Burner today to install the app and start your free seven-day trial. You can experience all of the benefits that come with having a second phone number and a 714 area code.