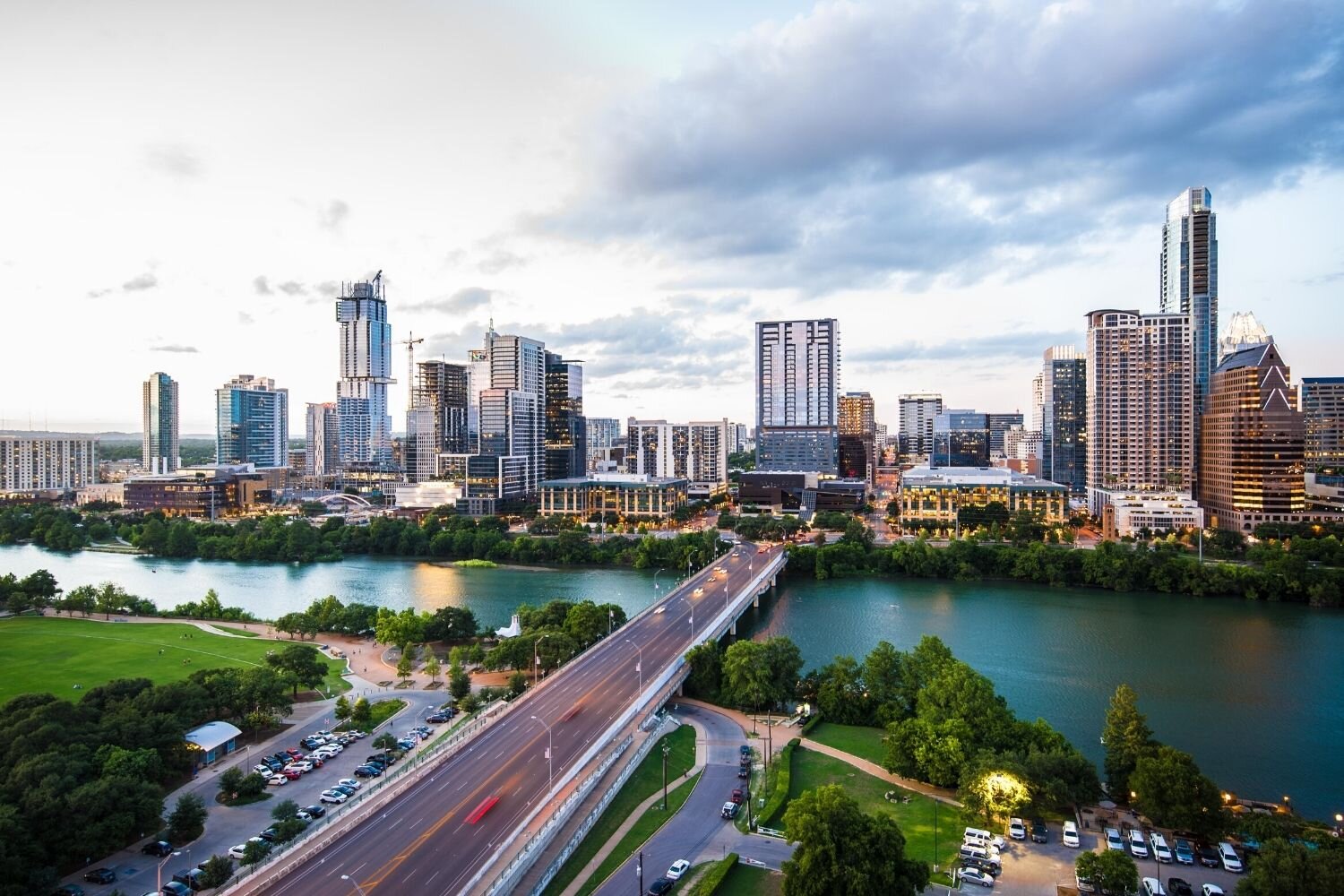 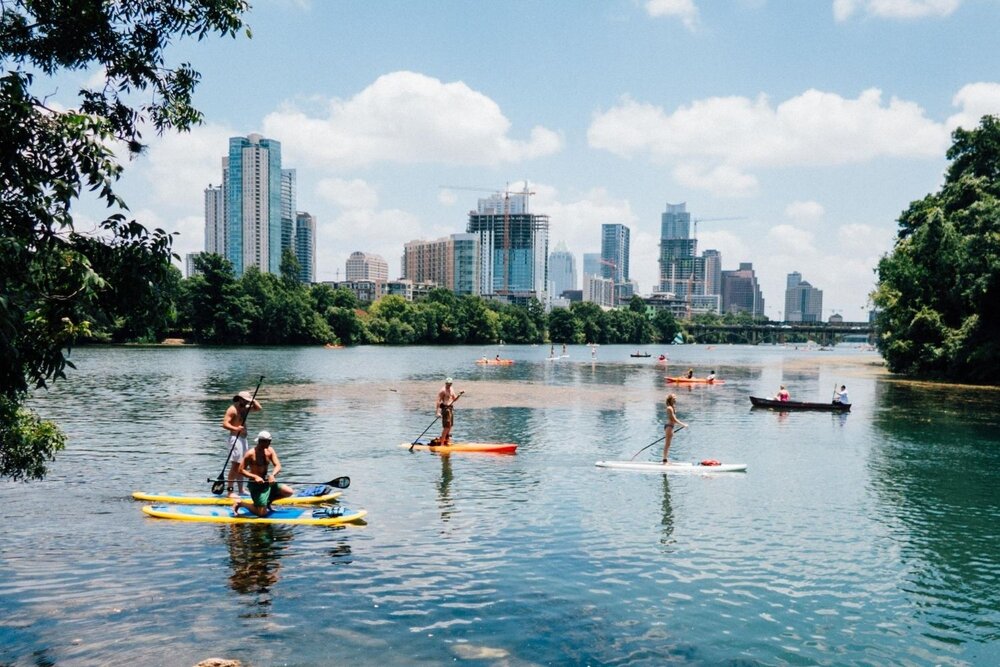 Welcome to the capital of the Lone Star State! The Austin area is the home of the central Texas 512 area code, known for being wildly musical, super friendly, and full of fantastic food trucks (the best of which are filled with Austin’s famous tacos). As the Live Music Capital of the World, Austin is always thumping to a funky beat. Exploring the 512 area code ensures you’ll uncover more than a few Texas-sized treats.

Wide-open spaces can be found at Lady Bird Lake or the iconic Zilker Park, but most people visiting the 512 area code make a point to visit the Texas State Capitol before strolling over to the Congress Avenue Bridge for a quick Texas sunset.

While the majority of 512 area code numbers are tied to landlines and mobile phones located in the city of Austin, it covers the surrounding areas and cities as well. This means that you’ll find people with a 512 number who live in Round Rock, Cedar Park, Pflugerville, Georgetown, and San Marcos as well. It even reaches to cover the small Texas towns of Manchaca and Martindale, Texas, both with just over 1,000 residents each.

Other major cities and towns include: 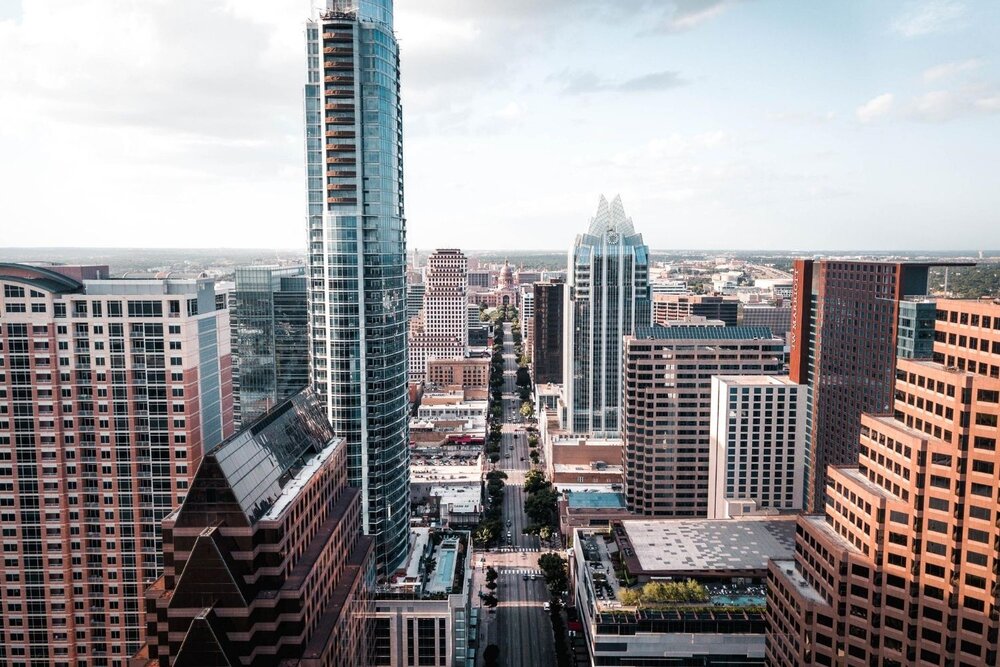 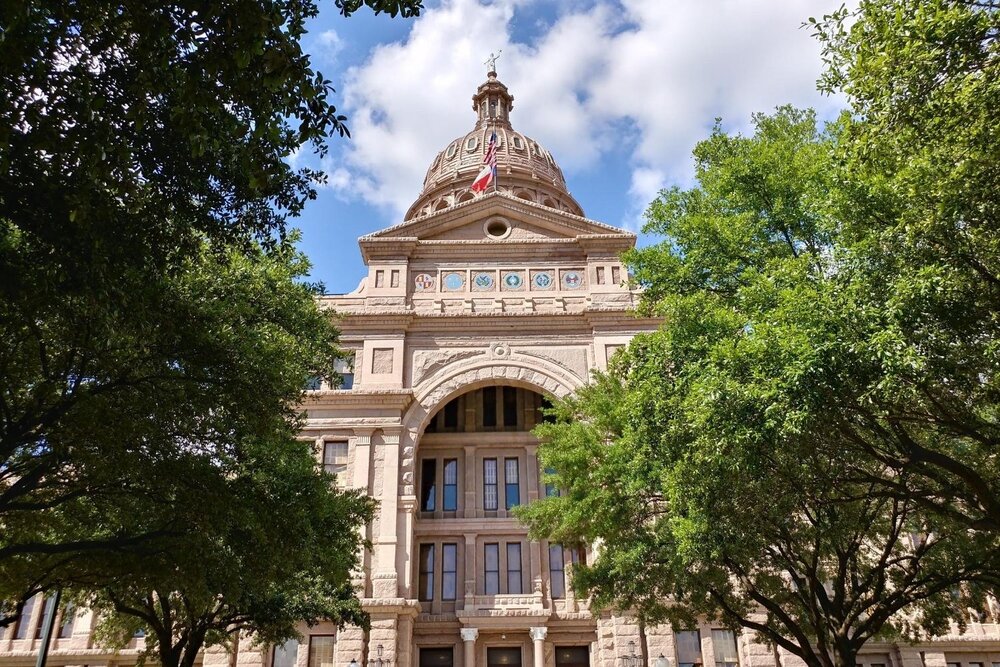 The History of 512 Texas Area Code

In 1992 when there was a need to split the number, state regulators decided to allow Austin to keep the 512 prefix area code as it would have been too expensive and difficult to change the existing phone numbers of numerous local legislators and state agencies in the capital city.

Today, the 512 area code is still fairly extensive, reaching to cover not just Travis County, where Austin is located, but also Williamson, Hays, Bastrop, and Burnet. However, the majority of 512 numbers are found within the Travis County limits and specifically in the city of Austin.

Over the years, the available 512 numbers steadily decreased. In 2013, Austin was forced to implement another area code as an overlay. The 737 area code went into effect in July of that year and has been used ever since. The new area code has made it much easier for locals to identify “authentic” Texans from the new wave of transplants. The 737 includes Lampasas County, Milam County, and Caldwell County. Some 737 cities are Cedar Creek in Bastrop County and Dripping Springs in Hays County.

Getting a specific area code like 512 is easier than you’re probably thinking. In fact, there are a variety of options that you’ll have to choose from. Unfortunately, most of them will come with a few strings attached.

We think that there’s one option that’s free of these issues, but you’ll need to decide which one is best for you. It shouldn’t be too difficult once you learn a little bit more about each option.

Tons of people swap phone numbers regularly. There are so many valid reasons that most phone service carriers don’t investigate further or even ask why. All that you’ll have to do is call them, request a 512 area code, and they’ll do their best to find you one. Most of them will even do all of this for free.

While that might sound simple enough, there's a big chunk of pertinent info. To process your request, you’d have to give up your existing phone number. Permanently.

You won’t be able to switch to a 512 number for a few hours to make a series of calls and come right back. As soon as the change is made, your phone number will be lost forever.

As if that wasn’t bad enough, you probably won’t even get a 512 number. Remember that 737 started being used back in 2013 because 512 numbers were running out. What do you think the chances are that there is an unused 512 number a decade after the overlay was created? At best, it’s somewhere between slim and none.

Visit Austin To Buy and Activate a Phone

Assigning area codes to landlines is pretty straightforward. The area code is based on the location of the caller. Since cell phones are designed to be mobile, that means there isn’t an attached physical address. So instead, cell phone area codes are assigned based on where the phone is purchased and switched on.

In other words, buying a phone in Austin and activating it while you’re there could get you a 512 area code. It shouldn’t be hard to see the glaring issues with this option.

The most obvious flaw is that you’ll burn through a bunch of money. Unless you already live in Austin (why do you need a 512 number?), you’ll need to journey there. Depending on how far you have to travel, that could get pricey in a hurry.

Next, you need to think about the phone’s final price tag. You’d be surprised how much a “cheap” cell phone will run you. An extra phone on your cell plan will likely cost you twice as much a month, if not more than that.

Of course, you might be spending all of this money just to end up with a 737 number instead! You won’t have the option of selecting your area code as you did in the previous section. You’ll get whatever is randomly assigned to your account. It’s way more likely to be a 737 number than a 512 number.

Then again, if you do get a 512 number, then you’ll need to lug two phones with you wherever you go. That’s twice the pocket space, twice the charging demands, and twice the calls/messages every day, making dialing and checking voicemails a pain. Calling this inconvenient would be a major understatement!

Rely on the Burner App

If you’ve ever watched a gritty crime drama, then you know about “burner” phones. If you haven’t, then they’re very easy to understand. You purchase a low-cost, dispensable phone to use as long as you need it (generally not long at all). When you no longer need it, you “burn” it or toss it in the trash.

Clearly, that’s an incredibly wasteful thing to do, so it’s rare to see at all. In the modern age, you would simply “burn” the phone number instead of the entire phone.

As soon as you download Burner, you’ll be asked to select an exact area code. Enter “512” into the prompt, and you’ll be given a list of ten available phone numbers. Pick the one that you want, and it’ll be yours to use for as long as you need.

When you no longer require it, you can “burn” it for a new number or new area code. It’s just that simple — no trying to work around the right area code map or even be in the Central Time Zone.

Whenever someone dials up or messages your 512 number, it’s rerouted through Burner first. After that, it will be transferred to the app on your phone. You’ll have access to two different phone numbers with a single phone.

There’s no need to travel to Austin to buy a phone, and you won’t make any permanent changes to your phone service. All that you’ll have to do is download Burner and create an account.

There’s no way that you could reasonably argue that Burner isn’t the superior way to get a 512 area code. It’s the only method that will 100% guarantee a 512 number and the only way to avoid serious inconveniences.

You don’t have to spend a small fortune (Burner costs less than $10 monthly), and you don’t have to sacrifice your current number (Burner is entirely separate from your phone service). You’ll have a 512 area code in a few minutes with none of the downsides!

As soon as you finish downloading the app, you’ll need to select a specific area code. Just enter “512,” and a menu will be generated in a few seconds. You’ll have the ability to get a new 512 number at any time or get a number from a completely different area code if you want. You can add as many additional lines as you need and cancel service at any time.

Is Austin, Texas, The Best City In America? | Forbes 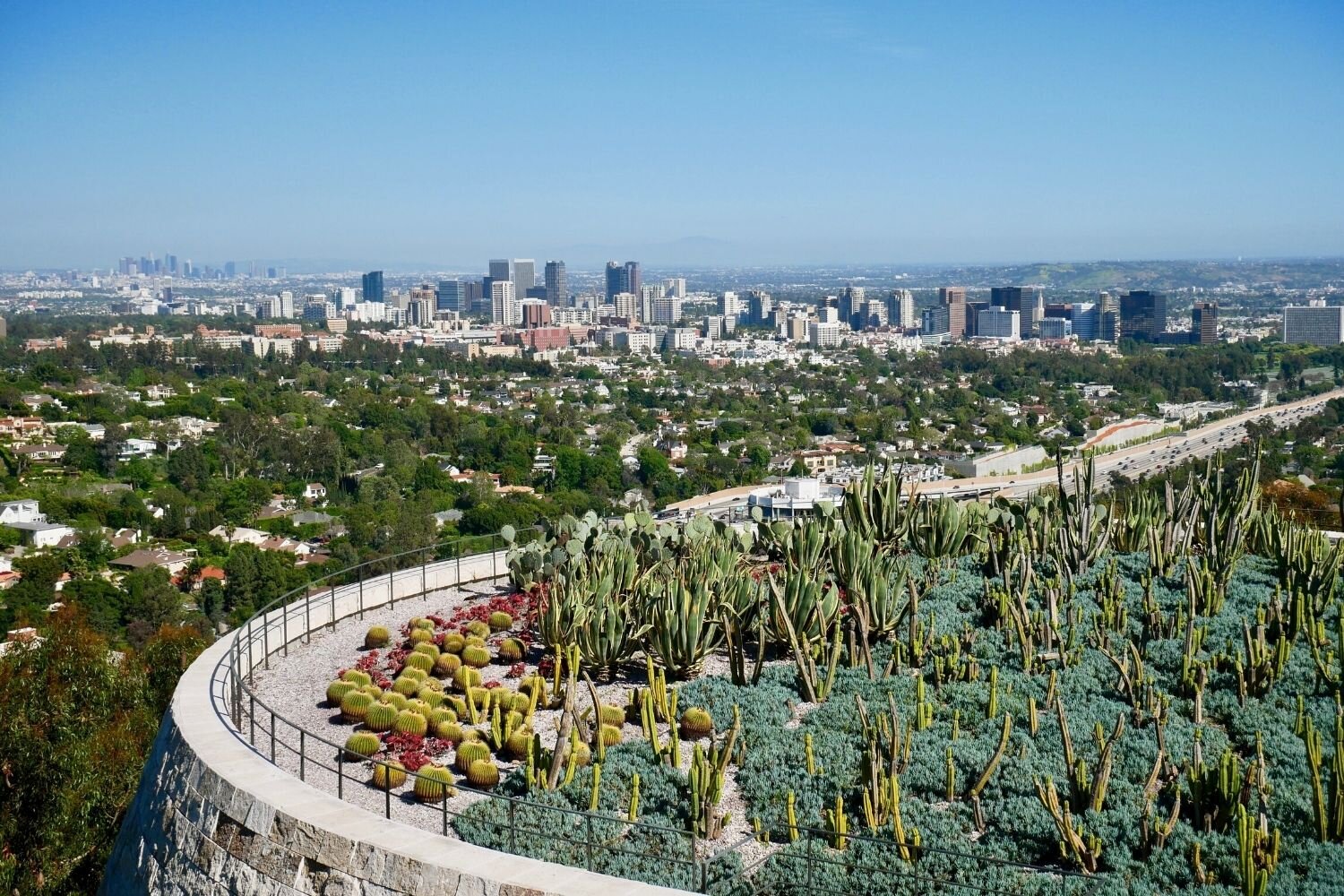 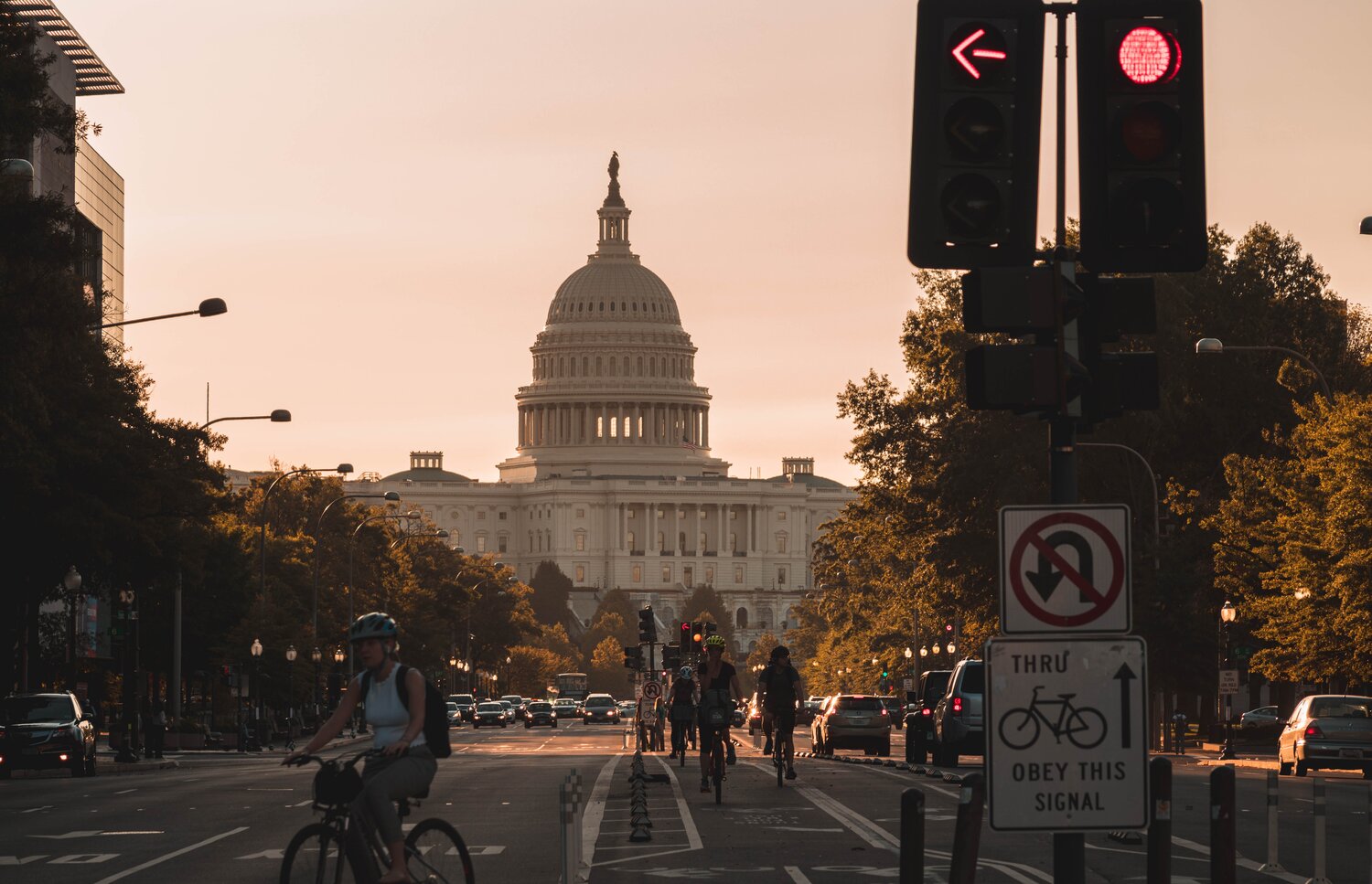 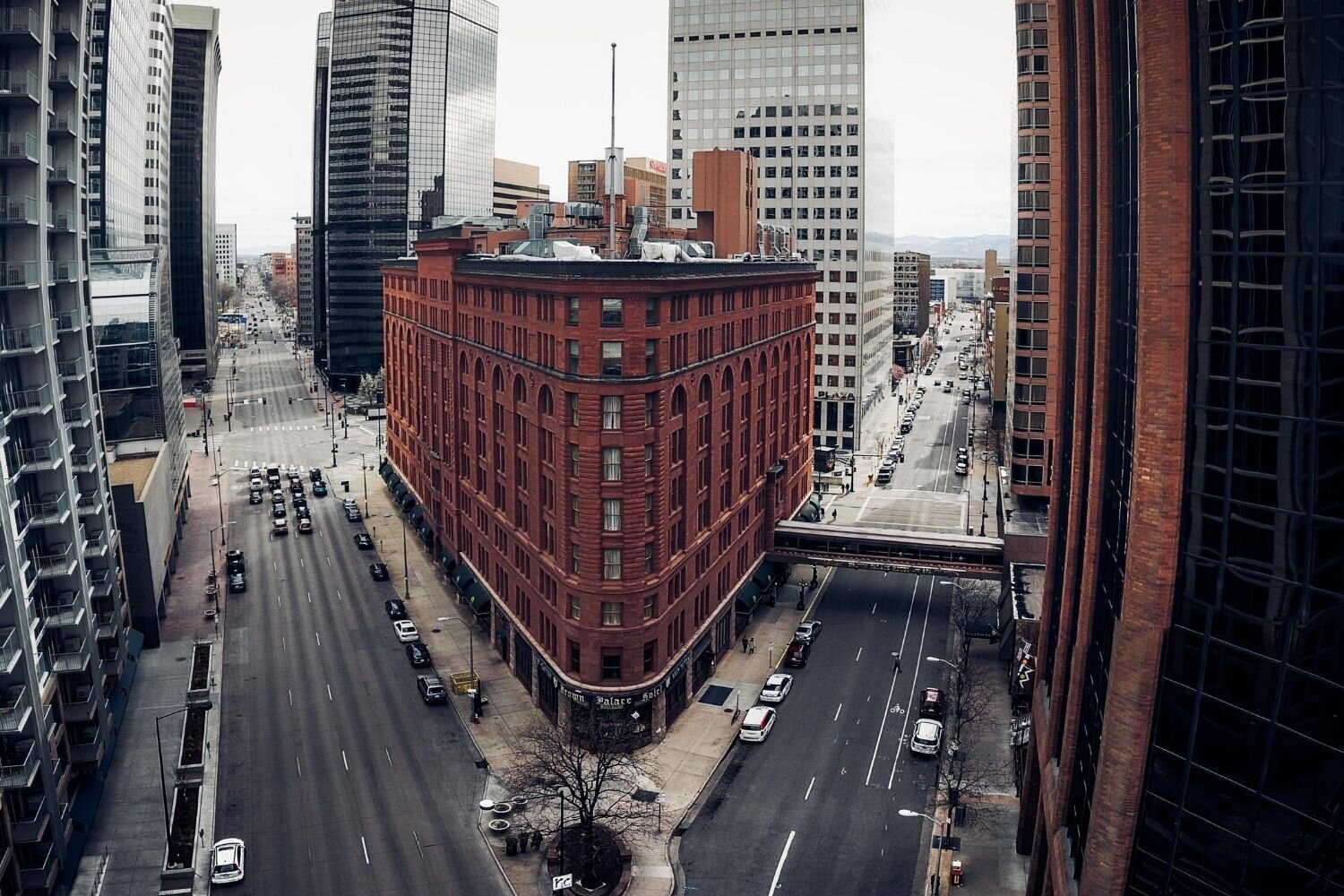 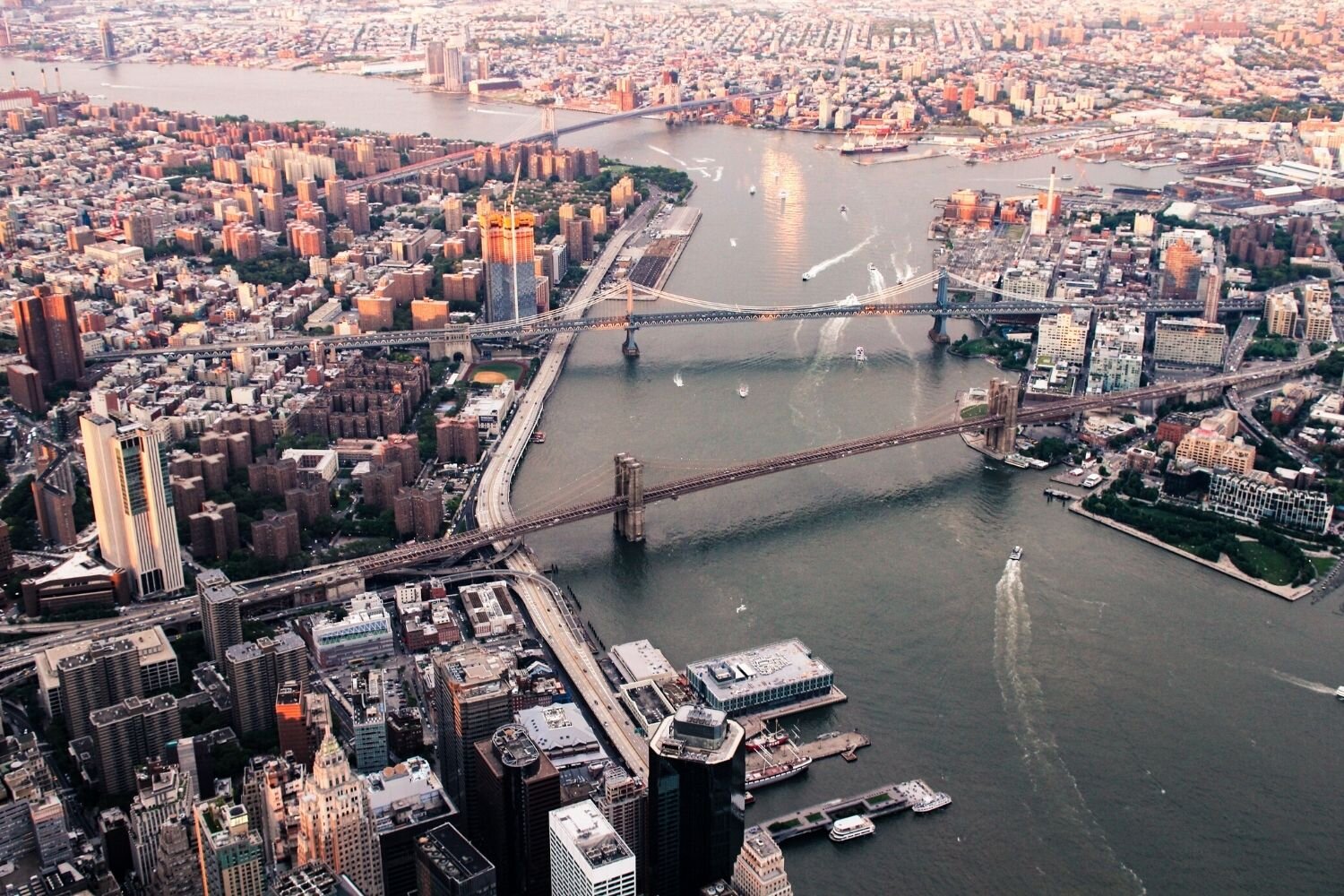 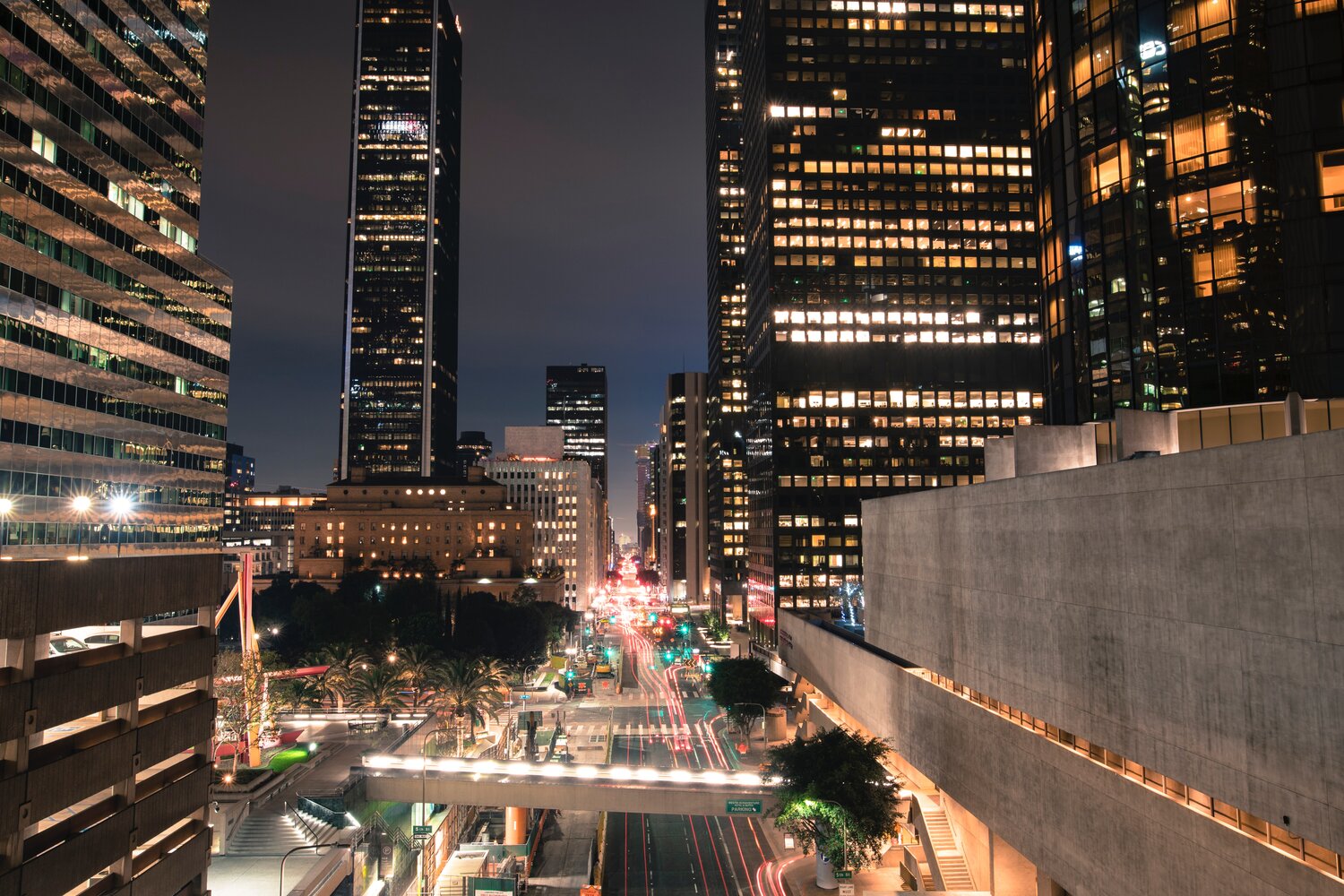 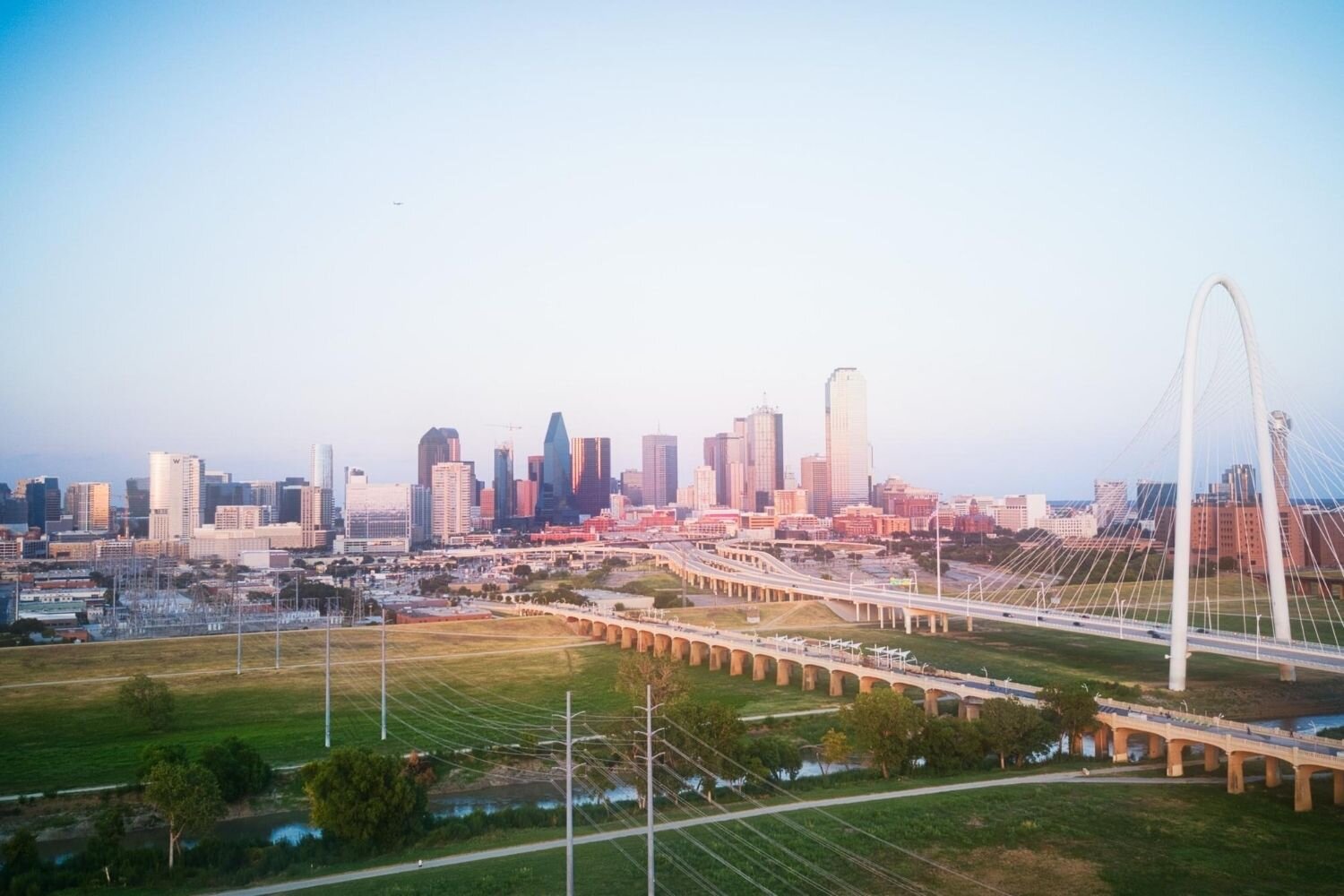 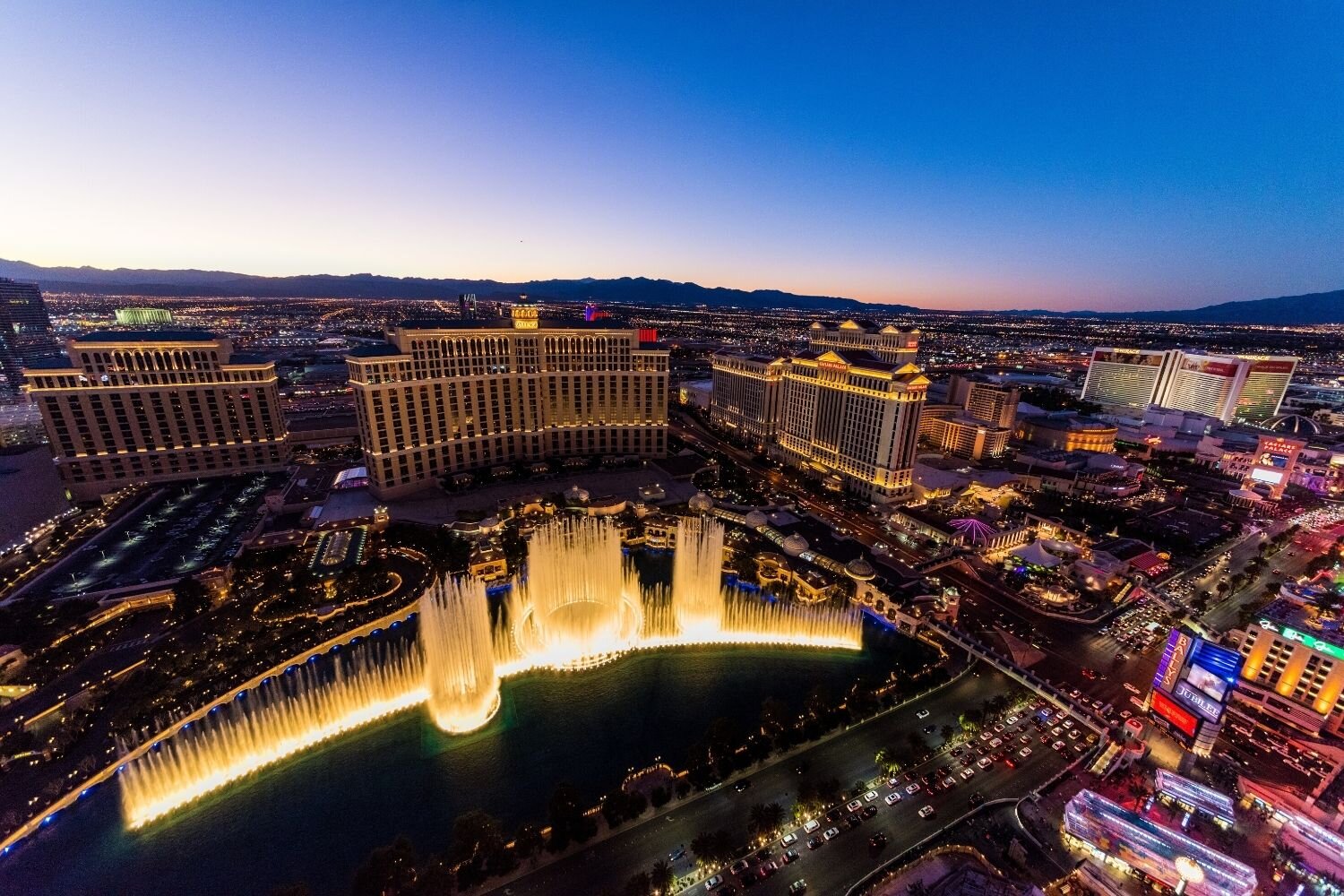