Is the POF app safe? How to stay safe while online dating 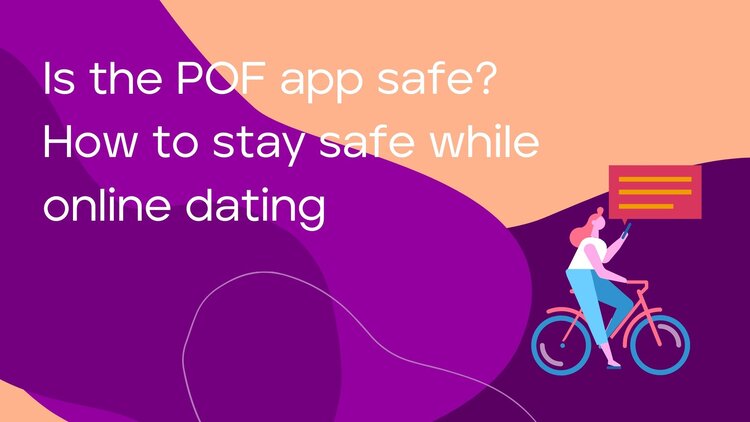 Created in 2003, Plenty of Fish was one of the first mainstream dating websites to gain popularity around the turn of the century. It’s since accumulated over 150 million users and caters to online daters in 11 different languages.

While most of the world knows about online dating or has even dabbled in it a bit, there are still questions surrounding the security of dating apps. Is the POF app safe? It processes over 2.5 million conversations each day, so it’s easy to see how a few things might slip through the cracks.

While meeting up with someone you met online is never 100% safe, there are certain actions you can take to reduce the risks associated with online dating. In general, yes, it’s safe; and there are a lot of success stories! But, here’s what to know about how to protect your privacy via the POF app.

Interesting statistics about the POF app

Let’s take a look at a few statistics regarding the POF app and its safety features.

Again, while there is not 100% guarantee that online dating is totally safe, the folks over at Plenty of Fish are doing quite a bit to ensure that users are not only able to enjoy high-quality conversations with real people, but also that they’re able to verify visually who the person is and have a chat via the app before exchanging numbers or meeting up off of the platform.

Is online dating safe in general?

60% of female online daters recently reported that someone on a dating app or website continued to harass and contact them after they said they weren’t interested. Add to this the fact that 1 in 10 online profiles is a scammer, and 53% of online daters are exaggerating or lying in their profiles, and it’s understandable why someone might have concerns surrounding online dating.

However, don’t let those statistics scare you. Multiple dating apps are listening to these concerns and are evolving their platforms. Tinder, for example, is introducing all of the new security features mentioned above, including the panic button in the case of an emergency.

Noonlight is a new platform that many apps are using to act as a “virtual bodyguard” for online daters. If you’ve planned to meet up with someone you met online, you can activate Noonlight via the app and it’ll let the app know where you are, at what time you met, and even includes an emergency button if things go wrong.

In this case, online dating is no different than meeting up with someone you’ve met on Craigslist or the Facebook Marketplace to sell a couch or even your car. But that doesn’t mean it’s without risk.

How to stay safe while online dating

Online dating in the 2020s is pretty safe. If you want to be extra safe, though (we bet your mom would love it if you were, and we would too), here are a few tips:

The last point is pretty important. While it might not seem so, someone can find out lots of information about you with just your phone number. Don’t believe us? Search your phone number on Google and see what comes up.

Instead, it’s best to use a Burner phone number. Not only will you be able to protect your privacy and ensure that others can’t access and personal information, but if things start going south, you can burn the number and move on.

Get a second phone number for online dating

Using the Burner app isn’t only for online daters. Once you have the app, you can add different lines for different things, such as your freelance gigs, online selling, or even your day-to-day work tasks.

Enjoy our various safety features and rest assured knowing that, if you’re going to meet up with that cutie you just connected with, you don’t have to worry about ever compromising your privacy now or in the future.

We’ve even got Burner phone number subscriptions for the long-term daters and privacy seekers who need long-term solutions, too. Sign up today to get started.