Dual Sim Phones: What Are They &amp; How Do They Work? 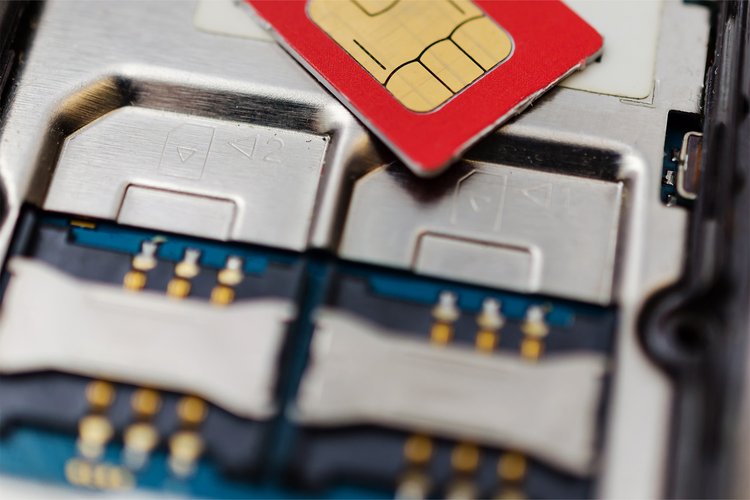 2021 has blurred the line between our work and home lives, with one in four Americans working from home. So it is more important than ever that you take steps to distinguish when you are off the clock.

Using two phones has been common among people who want to keep their job out of their home for decades. Over time, however, the idea of having two different phones has become an archaic concept to some people who can’t imagine having to lug around an extra device wherever they go.

This general concept has resurged with the increased popularity of dual-SIM phones, allowing users to have two phones in one device effectively.

What Are Dual Sim Phones?

Subscriber Identity Module cards, better known as SIM cards, are the brains of your mobile devices. SIM cards tie your personal information to your phone, allowing you to make calls, send messages, and connect to the internet so long as you are using a device containing one of your SIM cards.

Therefore, a dual-SIM phone is a mobile device with two SIM slots, and users effectively gain access to two phones in one. With a dual-SIM phone, you can manage two separate contact lists and even two completely different providers.

From the perspective of a third party, you have two different phone numbers, but both are attached to a single mobile device.

How Do They Work?

If you consider a SIM card to be the brains of a phone, then a dual-SIM phone is a device that has two brains: basically, it’s like having two phones in one. A dual-SIM phone has slots for two SIM cards, which separate your phone calls, text messages, contact lists, and sometimes even network providers.

Dual-SIM phones come in two forms: Dual SIM Dual Standby (DSDA) and Dual SIM Full Active (DSFA). DSDA means that one SIM will always be on standby while the other is active, while DSFA phones allow you to switch between your SIM cards seamlessly.

Dual-SIM phones are ordinary in countries where switching between providers is beneficial to businesses that want to minimize the cost of staying in contact with a large client base. Still, in places like the United States, they are only just starting to catch on.

Another technological advancement made in the last few years is eSIM, which are digital SIM cards that don’t need to be put into a physical slot. While Android phones are the go-to option for dual-SIM phones as of 2021, Apple has started investing in expanding the eSIM capabilities of its products.

Beginning with the iPhone XS, XS Max, and XR, you can use dual-SIM with your iPhone by either using two eSIMs or an eSIM and physical SIM combined. Apple users can separate their voice and data plans and use two distinct phone numbers, just like dual-SIM phones.

Dual-SIM with eSIM on apple is DSDS, meaning one SIM has to be accessed separately from one another and cannot be used simultaneously.

Do Dual Sim Phones Have A Second Number?

Access to a second phone number is one of the primary draws of using dual-SIM phones. An unprecedented percentage of our population is working from home, and the ability to keep your work calls and home calls distinct from one another is more alluring than ever.

With a dual-SIM phone, you have two different phones from an outside perspective; your phone numbers are different and texts and calls only go to the SIM attached to the number the caller has for you. You have two identities in one smartphone.

However, using dual-SIM phones isn’t the only way to put two phone numbers on one phone. An app lets you create a second phone number and keep your work and home lives separate Burner.

How to use Burner

Burner is a cellular app that provides the function of a burner phone without forcing you to go out and buy a second device. Burner generates a second phone number on your mobile device and reroutes and calls sent to that number to your phone.

This means you receive calls sent to that Burner number, but you keep your home number private and secure. Burner has its voicemail, meaning you can manage and separate the calls you want to reply to.

In addition to work, Burner is great for online buying or selling, dating, and any other activities that involve working with strangers for a prolonged period. It would be absurd to buy a second phone just to buy something on Craigslist. Still, it is a much smaller commitment to use the Burner app and refer the seller to your second number so that you can complete the transaction without giving away your personal information.

Today, privacy is more important than ever to maintain. Having two separate phone numbers is a huge step toward keeping your work-life balance healthy, and it also keeps you safer by letting you be more selective in who gets access to your personal phone number.

Having to carry two mobile devices is a thing of the past. If you aim to access multiple carriers for your business from one phone, then dishing out the cash required for a dual-SIM phone may be in your best interest.

If you want to reap the benefits of a second phone number and maintain a higher level of privacy, Burner app is a massively more affordable option. Regardless of your intentions, having two phone numbers is gaining traction worldwide and will be more and more common over the decade.

Statistics On Remote Workers That Will Surprise You (2021) | apollotechnical.com

Dual SIM Phones, How Do They Work? | Onecom