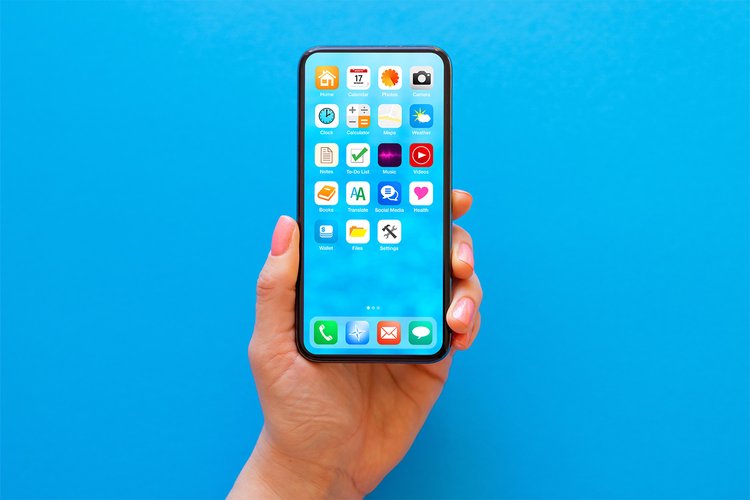 The battle between iPhone and Android has been heating up for well over a decade now. Both of these operating systems have hundreds of millions of loyal fans that will swear their preferred service is superior. The truth is that there are plenty of benefits to using either service, and both are more than capable of meeting your needs.

The operating systems are both frequently updated and now include much better defensive options against spam calls. Although they are nowhere nearly as effective as using a third-party app like Burner, these additions are welcomed in the fight against spam.

However, today we will be exclusively focused on Androids and the best phones that are currently available in 2021.

Which Android Phone Is The Best?

One of the key differences between Androids and iPhones is the diversity of options.

The iPhone currently has 29 different iterations dating back to 2007. On the other hand, Android runs on several thousand different types of phones and currently has more than three billion users. Since Android can run on other devices, some of those billion users aren’t using smartphones. The point is that there are a lot of options when it comes to using an Android phone.

Depending on what you are looking for, it might take a while to narrow down the choices. Almost all of the current generation phones will provide several incredible features, so there really isn’t a “bad” choice.

After you have downloaded and installed Burner to help protect your personal information, each of these phones will be more than capable of providing you with an incredible experience.

All of these phones are available from T-Mobile, AT&T, and Verizon.

The Samsung Galaxy phones series is the chief rival to the iPhone and is generally the phone that people think of when they think of Android. The latest model is the Galaxy S21, and the Ultra version is the top of the line and one of Android's flagship phones.

Although the price will be over $1,000 for this phone, it’s listed as around $200 cheaper than last year’s Galaxy S20 Ultra. That value can further be stretched when going over the specifications of this year’s premium phone.

The display includes a dynamic refresh rate that will automatically scale between 10Hz and 120Hz in order to provide the best motion content possible on screen. For context, most TVs will either use a 60Hz or 120Hz refresh rate.

The camera and rear camera on this phone is also an incredible feature. Due to the dual telephoto lenses, you will be able to maintain incredible details even when zooming in on your pictures.

The last major feature is the Qualcomm Snapdragon 888 processor. This is easily the best mobile processor provided by Qualcomm, and it very well might be the best processor available period. Its current clock speed operates up to 2.84 GHz, and soon potential upgrades might be able to increase it up to 2.995 GHz.

Overall, this is probably the best Android phone available. The only real drawbacks other than a high price are that it doesn’t come with an in-box wall plug for your charger, and there is no microSD card slot. Neither of these issues will take off many points for this incredibly powerful phone.

For anyone looking to spend a little bit less on their new phone, the Google Pixel 5A is probably your best option. Coming in at a very reasonable $449, it’s the cheapest option on this list. However, that doesn’t mean that it has cheap features.

For starters, the 6.3-inch screen features a very bright OLED display capable of handling direct sunlight. The camera options are well above average and very solid for the price range of the phone. The phone also unlocks with a fingerprint sensor.

The battery is the largest ever provided in the Pixel series, and the phone itself is much larger than its most recent predecessor. The processor is a little older than some of the others on this list, but the Snapdragon 765G is more than capable of operating smoothly.

The Google Pixel 5A is classified as  IP67 water resistant for anyone who has problems dropping their phone. Not only is it 100% protected from dust and sand, but it can last in one meter of water for up to 30 minutes.

The only drawbacks are the slightly older processor, no optical zoom for the camera, and no wireless charging feature. However, as far as mid-tier options for 5G phones go, the Google Pixel 5A is probably the best choice.

The OnePlus 9 is perfect for those willing to spend a little extra money and treat themselves but don’t want to break the bank in the process.

The OnePlus 9 starts off at $729 but can be found as low as $679 in some places. This is most likely due to the fact that the OnePlus 9T is scheduled for release in late 2021. It’s possible the price will continue to drop as the date gets closer and after its’ release. Until that phone arrives, the OnePlus 9 is the best option for anyone that wants premium features without paying a premium price.

The first feature worth mentioning on this phone is the top-of-the-line Snapdragon 888. This processor is the best available for Android and is one of the key reasons why the Galaxy S21 Ultra made this list. The 6.65-inch display is capable of a 120 Hz refresh rate and provides a clear and defined picture.

The camera is easily the best of the OnePlus models so far and can capture hyper-realistic photos and videos. However, it doesn’t have a telephoto lens, so the zoom options are pretty limited.

Another huge plus is the extensive battery life of nearly 11 hours. As if this feature wasn’t enough, it also has one of the fastest charging times. Not only will you not need to charge it often, but it also won’t take very long to get back to 100% when you do.

The largest drawbacks are with the camera, as there can be some color inconsistencies, and the lack of a telephoto lens hurts. However, the OnePlus 9 is the perfect middle ground for quality and price.

There are so many Android phones available that it can be really difficult to state which one is the best confidently. Depending on what you are looking for in your phone, none of these may be the right fit. However, from a purely technical standpoint, these phones offer the best overall features for the best overall prices.

Whichever phone you ultimately select for your next upgrade, remember to look for ways to protect your data. An app like Burner can easily keep your information safe and your phone line clear.  Keeping your phone number anonymous will be much safer from potential scams stemming from calls or texts.

There are over 3 billion active Android devices