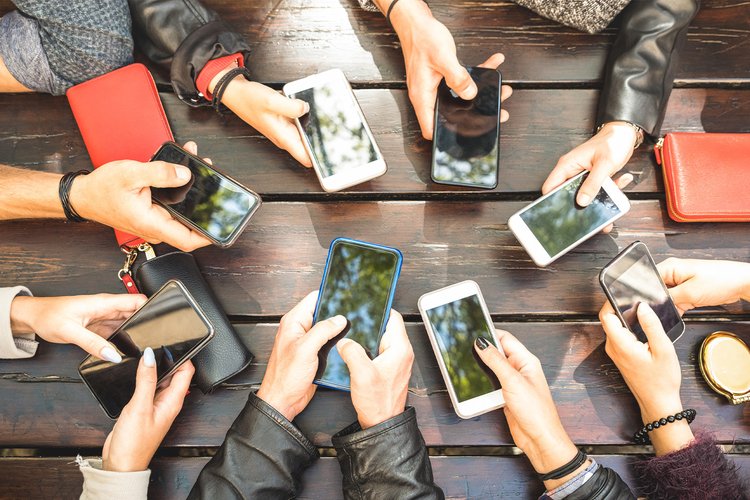 The Google Pixel 5A is more affordable than other high-end Android devices at $450. It may not have the specs that some of its peers have, but it holds its own enough to make it more than worth the cheaper price.

The 5A has a 6.3-inch OLED screen at a price point where most phones use lower quality LCD screens. There are two cameras in the back, the main one being a 12-megapixel sensor and the other being an ultrawide lens. The front has an 8-megapixel selfie camera.

For storage, the Pixel 5A has 128GB which is on par with middle-tier Android phones. While most of the phone’s features stick to a budget, the 4,680 mAh exceeds its competition, and with conservative use could lead to a full two days of charge.

Processing power lags a little behind other top picks with its Snapdragon 765 G, but this is still a powerful device. For the price, the Google Pixel 5A is probably the best deal you’re going to get for your money, even if it doesn’t have the fanciest features.

If price is the most important factor in your decision, the Motorola Moto G Power has a fine case for why you should pick one up.

Coming in at only $249, the Moto G Power eschews many of the bells and whistles of other Android phones in favor of affordability and practicality. The main camera stands at 48MP and is joined by a 2MP depth sensor and a 2MP macro lens.

The device can’t match the technology behind Samsung’s high-end products, but it does a respectable job for the price. The Moto G Power has 64GB of storage and runs on the Qualcomm 665 processor. It also offers expandable storage through its microSD card slot.

However, not everything here is toned down for price, and one feature makes it especially attractive: Its incredible battery life. With an industry-best 5000 mAh battery, your Moto G Power could last you three days, blowing the competition out of the water.

Technologically the Motorola Moto G Power isn’t much to call home about, but its amazing battery life and respectable processing power make it worth consideration for people who aren’t chasing the newest tech out there.

The OnePlus 9 is as standard as a high-end Android smartphone gets. It has a solid 6.55-inch AMOLED display and a Snapdragon 888 processor, which means it keeps up with the best in the industry when it comes to processing power.

Previously OnePlus devices fell short in the camera department, but the 48MP main camera and 50MP ultrawide camera are a welcome improvement, even with the lack of a telephoto lens. It starts at $729, making it competitively priced with similar competitors.

The 4,500 mAh battery exceeds the industry standard, as does the device’s ability to fully charge in only half an hour with the Wasp Charge 65T charger. The OnePlus 9 isn’t the most unique model out there, but it easily holds its own against the highest-end models out there and is competitively priced to boot.

With the base model coming in at $799 in the U.S., the Samsung S21 is priced very competitively for a high-end modern smartphone. The model sports a 6.2-inch Full High-Definition display with 421 PPI and a 120Hz refresh rate.

With the telephoto lens, the S21 has 3x hybrid optic zoom and 30x space zoom, making it more powerful than many of its competitors.

For storage, the base model comes in at 128GB while a 256GB version is available at a higher price. Its battery size of 4,000 mAh is comparable with its competition, including the Google Pixel 5, and it is compatible with USB-C chargers.

The S21 runs on Android 11, which is also standard for modern Android smartphones. A standout feature of the S21 is the Qualcomm Snapdragon 888 chip it contains, which facilitates excellent performance that makes the most out of the device’s 8GB of RAM.

A lot of phones still run on the Snapdragon 865, putting the S21 ahead of many of its contemporaries.

Folding phones live and die by their gimmick of folding in different ways, and while the Flip3 provides a mostly traditional smartphone experience, the Fold3 makes great use of its special ability.

Its 120 Hz 7.6-inch screen is larger than average to facilitate the fact that it can fold to allow multiple apps to run simultaneously. However, to enjoy the gimmick, you need to get past its steep price point of $899.

The cover has a 10MP selfie camera and the front has a 4MP under-display camera. The three cameras in the rear include a 12MP ultrawide, 12MP wide-angle, and 12MP telephoto camera.

The 4400 mAh battery is on the high end, as is the 12 GB of RAM. At the end of the day, this is a great high-end phone, but it’s only going to be worth the price if the folding aspect of it really speaks to you.

Whether it is price, battery life, or processing power you prioritize, there is an Android phone that will fit your needs. Importantly, the Burner app is accessible on any of these devices due to Android compatibility.

If you want a second phone number to maintain your privacy and separate your work life from your home life, Burner can do it on any Android device that you own. Luckily with the Burner app, you won’t have to shell out a few hundred extra dollars for a second phone if you want to keep your phone number private.

Google Pixel 5a with 5G | Google